Deranged Trump syndrome: a dictatorial Trump now confronts his losing with even more autocratic attempts to consolidate power. Sabotaging the postal service to thwart voting…plus another attempt to loot social security.  Republican scorched earth on the way to the bunker.

Trump basically announced today that he views himself as a dictator, totally unconstrained by Congress.— Aaron Rupar (@atrupar) August 8, 2020

A Trump “press conference” conducted in his NJ golf club with an audience of country club members cheering him while he lies, then hurries out in anger when confronted with facts, is no press conference at all.— Steven Beschloss (@StevenBeschloss) August 8, 2020

President Trump proposes a far-from-perfect solution with executive actions that face legal challenges | Analysis https://t.co/cmb3Mza622 (Clarification: This headline and story have been updated to reflect that Trump signed one executive order and three memoranda)

! So, potentially huge catch from @EvermoreMichele, who says the Trump order does NOT increase federal unemployment benefits

Instead, Evermore says, the order would create a NEW program — 1 to offset “lost wages” — that could “take months” to implementhttps://t.co/4RgPzUkWuc

The USPS is literally enshrined in the Consititution, but Republicans are more than content to let it fail because these “Constitutionalists” don’t actually give a shit about the Constitution, they *only* care about holding onto power, by any means necessary.

Trump’s Postmaster General Louis DeJoy and his wife, Aldona Wos, nominated to become our ambassador to Canada, own between $30 million and $75 million of assets in competitors to the US Postal Service. No problem there, right?

Gold is booming during COVID-19. Smuggling is too. https://t.co/SSjruc5N8r

.@maddow: “What's happening in 2020, this is now the Republican led US Senate accepting and acting on, effectively laundering and promoting dirt that the US intelligence community now publicly says is a Russian operation to mess with our election.”https://t.co/i6jPwnuGMy

Trump and 'piece of the action' Trump’s attack on TikTok was part of a promotion for Instagram Reels, a sop to Facebook/Instagram, as well as leverage on Microsoft.

If he were still running casinos in rough-and-tumble Atlantic City, NJ, President Trump’s demand about Microsoft’s possible purchase of TikTok might be translated this way: I want a piece of the action. https://t.co/idfzYWMzMv

Takes American protesters decades to do what the Japanese left has done in street demonstrations for decades:

Wow. The cops have no idea what to do about the organized shield wall in Portland tonight. pic.twitter.com/fRbbnLWWAe

We all know #TrumpCantRideABike because he is a Weak President. This ad has been running on TV across the nation.

Trump is attempting to cut social security and Medicare, and they have nothing to do with the deficit. It’s a #GOPscam pic.twitter.com/Zh0D18vRFY

An Alberta brewery unwittingly named a beer after the Maori word for pubic hair. The shop said it had consulted a dictionary which stated the term meant 'feather.' https://t.co/WuwQEkeeyC 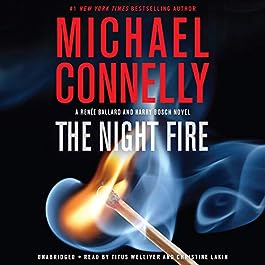