In all the talk about the Republican Insurrection and Trump’s impeachment, one very large story has not gotten nearly the degree of high attention that it deserves.  It appears that we now have a President (or Republican voters generally) that effectively have death squads or, as crucially, the effective threat of death squads.  And it already has impacted constitutional government.

Think about that.  I wish this was hyperbole, but it is not and should be the biggest story in what . . .  ever?  Consider:

We must now confront a sinister new reality. Republicans are no longer just afraid that their base will force them to defend the politically indefensible or send them packing in a primary challenge.

They’re afraid that their base, or at least certain elements of it, will literally kill them.

Hold on!  Everybody stop.  I know the events of the past weeks have been historically bad and significant. But, Republicans leaders, privately and publicly, are telling us that they fear for their lives — and that such unheard of domestic terrorism has already affected our constitutional governance.  This is not a future or emerging threat.  It is now a fact.

Let me be clear that I am NOT defending Republicans here. And so it is not overly relevant to comment below “Too bad!,” or some Republican “should be a leader!” or “Republicans brought this on themselves.”

All of that is true.  But the larger, more important point for all of us is the fact that in 2020 the US government (federal and state) is subject to the threat of death squads — and that deadly influence is already determining outcomes.  As we only have two major political parties, this is not just happening to them, it is happening to all of us.

So, the answer is that we can’t treat all this merely as “Did Trump transgress a law? Or a norm?”  Nor: “Should Trump be impeached?” or “How will impeachment affect Biden’s cabinet nominations or first days agenda?”

No!  Death squads, or the plausible threat of death squads, are damaging and driving our government!  That is the most important story staring us right in the national face.  Call it out!   Banner headlines.  Obsess over it.  Don’t ask about anything else.  Go to a five alarm fire state. Hold Congressional hearings.  Demand Justice Department and FBI interventions.  Talk about nothing else . . . 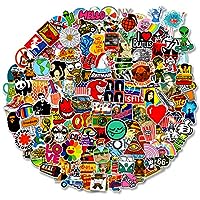