Don and Rudy were fully engaged in the shakedown, and the Amigos were instrumental.

Womens Trump Is Racist If You Support Him So Are Y...

CNN reports that Pompeo agreed in Congressional testimony about the now CIA-affirmed role of Russia in 2016 interference but seemed to now agree with a new CT trying to shift the 2016 blame to Ukraine.

Rudy also really wanted that Biden CT connection established. Sondland amends his statement on whether there was a quid pro quo. Volker acknowledged the Giuliani and Trump concerns

Mr. Giuliani was “interested in Biden” and “Vice President Biden’s son,” but Ambassador Volker “pushed back” because Mr. Giuliani’s theory had been debunked. (Page 331-332)

Q: So is it your testimony that you understood that Rudy Giuliani’s desire for the Ukrainian Government to investigate Burisma had to do with potential money laundering or other criminal conduct by the company itself, and not in connection to either Joe or Hunter Biden?

A: No. I believe that Giuliani was interested in Biden, Vice President Biden’s son Biden [sic], and I had pushed back on that, and I was maintaining that distinction.

Q: So you were maintaining that distinction, because you understood that that whole theory had been debunked and there was no evidence to support it, right?

Mr. Giuliani’s demands “kept getting more insidious” as Ambassador Sondland “became aware that there might be a link between the White House visit and aid to the Ukraine that was being held up.” (Page 91-92, 240, 253-254)

Q: When did you first get an inkling of what Mr. Giuliani was interested in?

A: You know, this whole thing was sort of a continuum, starting at the May 23rd meeting, ending up at the end of the line when the transcript of the call came out.And as I said to counsel, it started as talk to Rudy, then others talk to Rudy. Corruption was mentioned. Then, as time went on—and, again, I can’t nail down the dates—then let’s get the Ukrainians to give a statement about corruption. And then, no, corruption isn’t enough, we need to talk about the 2016 election and the Burisma investigations. And it was always described to me as ongoing investigations that had been stopped by the previous administration and they wanted them started up again. That’s how it was always described. And then finally at some point I made the Biden-Burisma connection, and then the transcript was released. So I can’t tell you on that continuum when, what dates, but that’s kind of what happened.…Because the first time I recall hearing about 2016 and Burisma was during the negotiations of the press statement. Again, unless there’s some text that I’ve completely have [sic] forgotten about, that’s when I first remember getting into those issues. It was always just about corruption prior to that. It kept—it kept getting more insidious as [the] timeline went on, and back in July, it was all about just corruption.…The continuum was, first of all, an unconditional phone call and an unconditional invitation to the White House, and then I believe the next part of the continuum was some kind of a commitment to investigate corruption generally. And then the next part of the continuum was talking about the Burisma and the 2016 election,which as I recall, was heavily discussed during the negotiation of the short-lived press statement, which only lasted a few days, and then it died. And then at the end of that continuum I became aware that there might be a link between the White House visit and aid to the Ukraine that was being held up when I couldn’t get a straight answer as to why the aid was being held up, both Senator Johnson and Ambassador Taylor raised the possibility that there might be a link. And then the aid was released, and then this whole thing blew up. That’s the best I can recall the sort of progression.

With respect to President Trump’s demand that Ukraine investigate the Bidens, “whatever the Ukrainians were going to promise in any context, he wanted it public.” (Page 142-143)

A: I believe that what Mayor Giuliani passed on, or I believe what I heard from Ambassador Volker, likely coming from Mayor Giuliani, because the President never made that statement directly to me or to anyone, to the best of my knowledge, was that whatever the Ukrainians were going to promise in any context, he wanted it public.

Q: You also mentioned that in going through the chronology with the minority counsel, that over time, you learned more and more about what the President and his lawyer truly wanted from Ukraine. And there was an evolution from generic interest in fighting corruption to an interest in Burisma, to finally the realization that what they were interested in was investigation of the Bidens. Is that a fair summary?

NEW: The House Intelligence, Oversight, and Foreign Affairs Committees have just released the testimonies of:

Sondland tells the origin story of the "three amigos" nickname (given to him, Rick Perry and Kurt Volker) but he will not confess to enjoying the moniker pic.twitter.com/bNOfvJe9TK 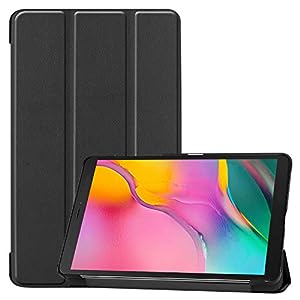