As we all know, Wall Street donors in the Democratic Party would rather re-elect Donald Trump than allow Sen. Elizabeth Warren (D. MA) to become the Democratic nominee. In a clear sign, they are terrified of Warren becoming the nominee, they are now threatening to keep Moscow Mitch and the GOP in control of the Senate by withholding donations to Democratic U.S. Senate candidates:

Political analysts at the nonpartisan Cook Political Report mark Senate races in Arizona, Colorado and Maine as toss-ups where Republican seats are at risk. They rank Alabama as the lone seat that’s a toss-up for Democrats. Republicans are defending 23 seats in the Senate, while a dozen Democrats are up for reelection.

While this is a growing group of financiers who say they won’t take part in the Senate race, there’s no indication they will support GOP candidates instead. As Vox reports, Warren does have allies on Wall Street who are helping finance her campaign.

Warren has publicized a wide range of plans targeting the wealthy and corporations that she wants to implement if she makes it to the White House. Her latest idea is to double her billionaires wealth tax from 3% to 6% to help pay for her $52 trillion “Medicare for All” plan. Warren’s wealth tax proposal would also impose a 2% tax on net worth between $50 million and $1 billion.

Wall Street has responded to her ideas with vitriol and threats. Some Democratic finance leaders have privately warned the party that they could end up sitting out the presidential election entirely or back Trump instead.

Leon Cooperman, a billionaire investor, has virtually gone to war with Warren and wrote in an open letter that he’s being treated by her “as if a parent chiding an ungrateful child.” Cooperman was responding to a tweet in which Warren called on him to “pitch in a bit more.”

Still, Warren’s ascendance hasn’t weighed on Democratic Senate candidates just yet, as they have been edging out their Republican rivals in the fundraising game.

In three of the potential pickup states of Arizona, Colorado and Maine, Democrats either outperformed or kept pace with their Republican rivals.

Senate Democratic candidates seem to be doing just fine without Wall Street’s help. Senate candidates like Amy McGrath (D. KY), Cal Cunningham (D. NC), Jaime Harrison (D. SC), Theresa Greenfield (D. IA), Sara Gideon (D. ME), Dr. Al Gross (D. AK) and Jon Ossoff (D. GA) have already been raising a lot of money thanks to having a strong grassroots movement. Let the Republicans take the Wall Street money. We don’t need it to win back the Senate. But let’s keep up the momentum and take back the Senate. Click below to donate and get involved with these Democrats campaigns: 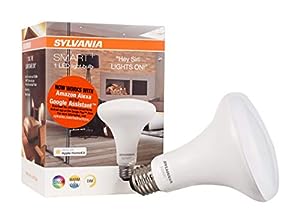