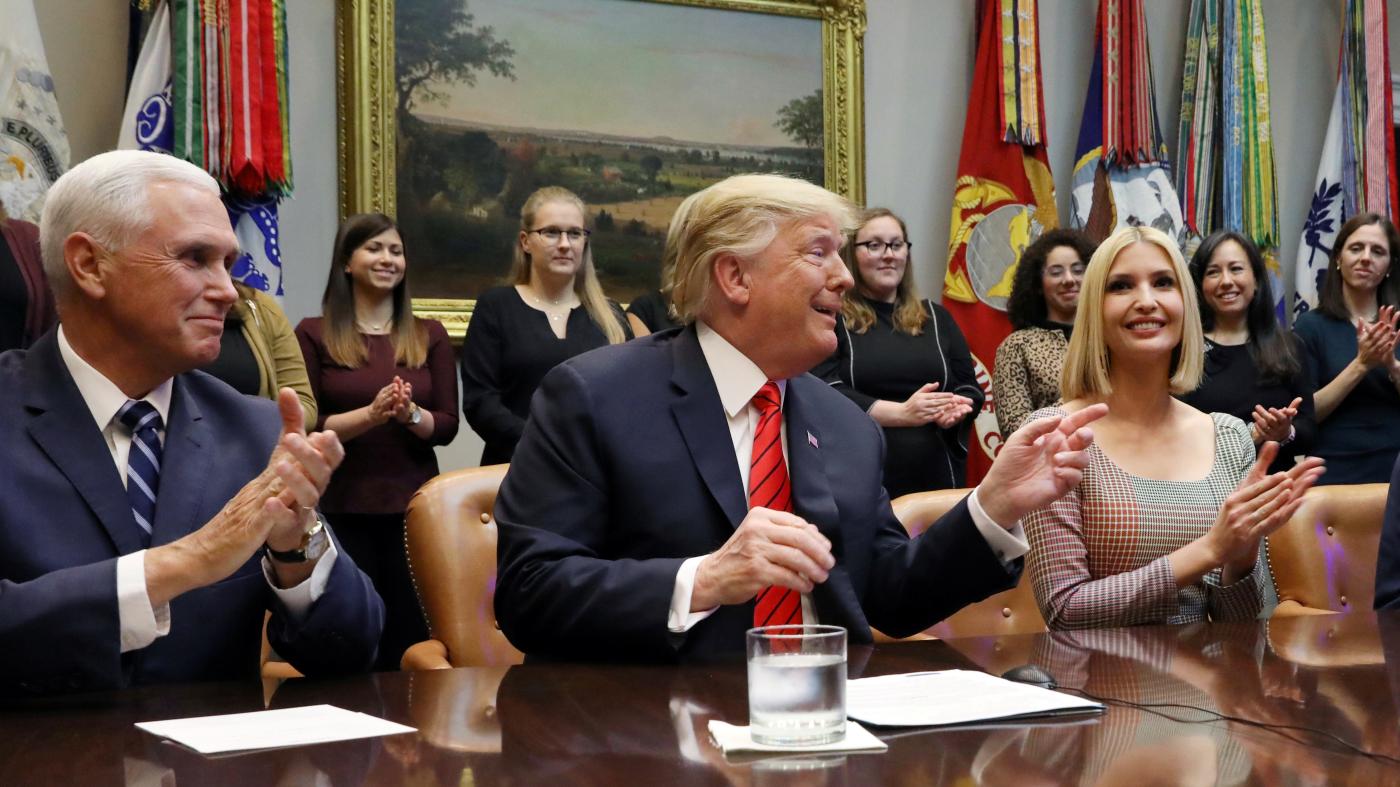 The biggest leaker of them all: Jarvanka will throw all kinds of folks under the bus. Jarvanka thinks that because Barr prevented the Mueller report from reaching them, that they won’t at some moment be held accountable in the aftermath of the Trump regime’s attempt to destroy US democracy.  They remain a target of opportunity. But before then, all kinds of people like Rudy and Mick Mulvaney will get thrown under buses. De Jure will eventually crush de facto.

How does Jared KushnerÃ¢Â€Â” said by some in the press to be de-facto chief of staff Ã¢Â€Â” stay out of the news so well? I don't know the answer. One possibility is that he's not up to anything important, unprecedented, or newsworthy.

Another: he is too valuable as a confidential source.— Jay Rosen (@jayrosen_nyu) October 20, 2019

Is Individual-1 the “senior official”? Or is it Jarvanka?

The senior official is lying https://t.co/UknyHlZAah

Even as Trump felt put upon by Ivanka forcing him to talk to women astronauts, one can see the badly construed attempts to cover the unwinding scandals.

Many aides have said Mr. Trump — a real estate developer for whom the presidency at times seems like his second job instead of his primary one — had an understandable motivation for choosing Doral: He wanted to show off his property to a global audience.

Trump called into MulvaneyÃ¢Â€Â™s Camp David meeting w House moderate members Saturday and asked aides to find out what members thought of Doral for the G7. They all said it was a mistake. Ã¢ÂÂ¦@EricLiptonNYTÃ¢ÂÂ© @katierogers and me https://t.co/gP5kPdvwVL

Pushing the Doral site also threatened to hurt the United States’ standing globally, legal experts said, in light of decades worth of efforts by the United States to combat corrupt practices by other foreign governments, according to Jessica Tillipman, a lawyer who specializes in the so-called Foreign Corrupt Practices Act.

“This is no different than any other corrupt leader of an oil-rich African country who is taking money from the government and taxpayers,” Ms. Tillipman said.

Scholars who have studied the history of Group of 7 gatherings — dating back to their start in the 1970s — said they could cite no other time when a president effectively attempted to force global political leaders to pay his or her family money at a resort owned by the head of state.

Since Ivanka has helped launder money for the Revolutionary Guard in Iran (Trump Azerbaijan), international drug dealers (Trump Panama), and the Russian mob (Trump Soho), I don't think it is too inquisitive to ask, “Where did the $150 million come from, Ivanka?”

And then there will be all those insecure communications.

Ã¢Â€ÂœTrumpÃ¢Â€Â™s…daughter and son-in-law have admitted to using private messaging services to conduct official work….Trump administration diplomats used private phones to message each other about their efforts to pressure Ukrainian officials…Ã¢Â€Â https://t.co/1ofCneQHb5

And then there’s this bit of nepotistic contradiction.

They will turn on each other as dimwitted narratives keep failing.

.@richlowry: Ã¢Â€ÂœThe black box of the controversy is Rudy Giuliani and his political machinations and business dealings in Ukraine. This is where thereÃ¢Â€Â™s the most potential for truly explosive revelations, and where the White House has to be very nervous.Ã¢Â€Â https://t.co/WnpHDhzUiI

(51689)
$17.62 (as of May 22, 2022 11:10 GMT -04:00 - More infoProduct prices and availability are accurate as of the date/time indicated and are subject to change. Any price and availability information displayed on [relevant Amazon Site(s), as applicable] at the time of purchase will apply to the purchase of this product.)