So I was lying in bed this morning eating a family-sized bag of Funyuns and thinking that America’s children are not nearly obese enough yet when I saw this Washington Post story about the Trump administration undermining Michelle Obama’s signature achievement … on her birthday. And it made me swell with — well, not pride, exactly. Fat, salt, and carbs. Yeah, that’s what I was swelled with.

On Friday, USDA Deputy Under Secretary Brandon Lipps announced new proposed rules for the Food and Nutrition Service that would allow schools to cut the amount of vegetables and fruits required at lunch and breakfasts while giving them the ability to sell more pizza, burgers and fries to students. The agency is responsible for administering nutritional programs that feed nearly 30 million students at 99,000 schools.

Yup, public school children eating healthy lunches is a huge problem (for the potato industry) that Donald Trump is clearly dedicated to solving. Because he gets things done. The fact that they’re all awful things shouldn’t concern you.

But Colin Schwartz, deputy director of legislative affairs for Center for Science in the Public Interest, says that the rules, if finalized, “would create a huge loophole in school nutrition guidelines, paving the way for children to choose pizza, burgers, french fries and other foods high in calories, saturated fat or sodium in place of balanced school meals every day.”
He says that limiting the variety of vegetables served allows french fries to become even more central to students’ diets. He says the potato lobby has been pushing for this change, and that the potato industry was behind a change that happened quietly last March. The USDA allowed school food authorities participating in the School Breakfast Program to substitute potatoes in place of fruit without including vegetables from other subgroups in the weekly menus.

So there you go. Another positive Obama administration policy that Donald Trump is taking a blowtorch to. Because I guess he wants everyone in the country to eat like he does. Fruit? Vegetables? What are those anyway?

If you can’t find it at McDonald’s or KFC, it obviously can’t be safely metabolized by the human body.

So, yeah, the healthy food is gone. Eat it, Michelle Obama! 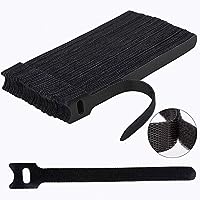