Stores are already being boarded up in anticipation of election week violence, as cops begin to take sides in spite of the rule of law.

if you've never read any police training manuals/literature before, this article is worth reading.

it offers a good snapshot of how police are psychologically disciplined into perceiving protestors as enemies and managing large crowds through violence. https://t.co/Al7zDVHoGG— cℓaudia stєℓℓ✰r ‏ ✂️ (@ClaudiaStellar) October 31, 2020

This is a dying republic. Democracy is on the ropes. But if your vote didn't matter, they wouldn't try so hard to take it from you. These crimes against democracy must be answered with a tidal wave of voters and a landslide victory for Biden! Then we work on saving the patient. https://t.co/7IcFV7h3Vu

Alamance is one of the key counties that will likely decide which party controls the state legislature next year #ncpol #ncga https://t.co/INSE1sQejk

they pepper-sprayed a three-year-old and arrested a reporter at a non-partisan march to the polls https://t.co/arev7Sf89f pic.twitter.com/FHdUIeIDuh

The Philly police’s culture of racism and violence dates back nearly to the foundation of the department. https://t.co/p8UYMPqxLp

Every Trump enabler will ultimately be turned on. And yet they never learn https://t.co/LmfPQIwXZC

How military veterans are answering the call to defend Black lives || By Chris Lombardi https://t.co/8gQ8P6U0Lw

Seems like a good question for @TexasHwyPatrol and @TxDPS:

Can *anyone* do this — chase other motorists and bump into other cars as they do so — or does the law only allow this if you’re flying a Trump flag? https://t.co/WP84eLaC5t

A Biden staffer sent me this picture from inside a campaign bus in Austin yesterday. Said these pro-Trump trucks slowed down in front of the bus, trying to stop it on the highway or run it off the road. https://t.co/sxsfvZ58Ie pic.twitter.com/cxe5IJUqCW

Imagine telling the McCloskeys six months ago that people would be dressing up like them for Halloween.

They wouldn’t have believed it. pic.twitter.com/UDqj1rTDsD

Gosh how do you think the two people he murdered feel https://t.co/7bxD68BhaV

Here was Chandler Pappas last night in Vancouver marching adjacent to a vigil with a semiautomatic rifle. He made sure to chamber a round here for all to see as well. https://t.co/T0nMjOIuoN

This is precisely wrong. The best historical interpretations of fascism are written by anti-fascists, by contrast with bad-yet-unkillable interpretations by conservatives & liberals who think fascists had a point, or to whitewash their own complicity in fascist success. https://t.co/spUX1YAw6B

Part of the point of lawsuits like this is to discourage people from voting…to create the impression that even if you vote it might get thrown out. 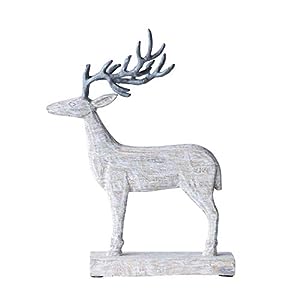