It happened in 2008: in the Republican stronghold of North Carolina, President Barack Obama and my friend, the late US Senator Kay Hagan, won stunning upset victories.

It happened again in 2016: in spite of Donald Trump's efforts in the state, Roy Cooper was elected North Carolina's Democratic governor.

So we know North Carolina is winnable. But will we win in 2020? That's up to us.

Stand with me in support of Cal Cunningham, who has just been elected as the Democratic nominee for US Senate in North Carolina.

Cal is a former member of North Carolina's state Senate, a member of the US Army Reserve, and a father of two. And he helps lead a company that reduces waste, boosts recycling, and cleans up the environment.

He's all about affordable access to health care for all Americans, taking on the climate crisis, ending our nation's gun violence epidemic, battling corruption in DC, and so much more.

Cal would be a valuable addition to the US Senate, and his victory would be key to a Democratic Senate and demoting Mitch McConnell.

You know what? After Cal won on Super Tuesday, the Cook Political Report upgraded this contest to “toss-up”. So you better believe, McConnell is already aiming his fire at Cal.

This is where we come in: our nationwide, grassroots movement must take a stand with Cal in North Carolina.

Join me and let's get him elected. Donate $3 right now. 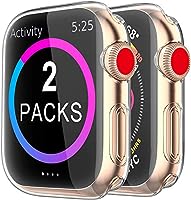