Fiona Hill and David Holmes put a cocktail stick into the fictional narratives promoted by the GOP and the White House. She reminds us that there was a domestic political errand (“whatever drug deal that Sondland and Mulvaney are cooking up”) that was diverging from US national foreign policy.

Trump claims it’s not possible to overhear cell phone conversation. So how could Holmes know about their mention of ASAP Rocky—which Sondland testified had jogged his memory about the call?

Hill and Holmes testified there was no doubt that when Trump lawyer Rudy Giuliani and other people referred to investigations of the energy company Burisma Holdings, what they really meant was Democratic presidential contender Joe Biden and his son Hunter, who sat on its board.

“It was very apparent to me that was what Rudy Giuliani intended, yes, intended to convey that Burisma was linked to the Bidens and he said this publicly, repeatedly,” Hill said.

Under questioning from Democratic counsel Dan Goldman, Holmes said he agreed that Burisma was “code” for the Bidens.

Two other key witnesses, Ambassador to the European Union Gordon Sondland and former special envoy to Ukraine Kurt Volker, both testified that they never made any such connection until after the rough transcript of Trump’s July 25 call with Ukraine’s president was made public.

Holmes explains how Ukrainians came to see Giuliani as a key player in Trump's Ukraine policy—and how Trump's decision to recall Yovanovitch confirmed that impression: pic.twitter.com/FQBUoscuSw

David Holmes’ photographically precise and eloquent testimony, six years to the day from Ukraine’s Revolution of Dignity, was devastating to our corrupt president from the perspective of anyone who cares about truth and decency.

How tough is Fiona Hill? When she was 11, a boy in her class set her pigtail on fire while she was taking a test. She put out the fire with her hands and finished the test. My profile of today's star impeachment witness: https://t.co/hFDSQmBm6R

Here's why Fiona Hill is relevant to the impeachment inquiry https://t.co/oC6VyVdteL pic.twitter.com/2jq0ftAZHz

Dr. Fiona Hill chilled the blood of every complicit Republican with this devastating foreshadowing:

For days, impeachment witnesses have sat quietly as Republicans have argued that President Trump's suspicions of Ukraine were legitimate. Not Fiona Hill, @russellberman writes: https://t.co/INENZcWXnp

After today, POTUS is beyond legitimate rescue. The testimony by Fiona Hill and David Holmes ties down all loose ends and leaves Senators who have a shred of love for what America at its best represents no way to acquit the criminal in the Oval Office after the inevitable trial. 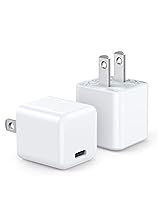