This could be America’s last “free” election with the approach of a single-party state and perhaps rebranding. Firehose propaganda and disinformation at work now. So much gaslighting now. Vozhd Trump has a certain ring.

Just call it Vozhd and get on with it https://t.co/svvfYVM2at

Oh my God, I canÃ¢Â€Â™t breathe

Russian state TV is alleging that the U.S. developed the #coronavirus

While reporting this story, I created a fake Facebook account designed to fully immerse me in pro-Trump propaganda. The effect surprised me. Read about how I (almost) accidentally red-pilled myself: https://t.co/wW3zihKoqo

The president’s reelection campaign was then in the midst of a multimillion-dollar ad blitz aimed at shaping Americans’ understanding of the recently launched impeachment proceedings. Thousands of micro-targeted ads had flooded the internet, portraying Trump as a heroic reformer cracking down on foreign corruption while Democrats plotted a coup. That this narrative bore little resemblance to reality seemed only to accelerate its spread. Right-wing websites amplified every claim. Pro-Trump forums teemed with conspiracy theories. An alternate information ecosystem was taking shape around the biggest news story in the country, and I wanted to see it from the inside.

The story that unfurled in my Facebook feed over the next several weeks was, at times, disorienting. There were days when I would watch, live on TV, an impeachment hearing filled with damning testimony about the president’s conduct, only to look at my phone later and find a slickly edited video—served up by the Trump campaign—that used out-of-context clips to recast the same testimony as an exoneration. Wait, I caught myself wondering more than once, is that what happened today?

As I swiped at my phone, a stream of pro-Trump propaganda filled the screen: “That’s right, the whistleblower’s own lawyer said, ‘The coup has started …’ ” Swipe. “Democrats are doing Putin’s bidding …” Swipe. “The only message these radical socialists and extremists will understand is a crushing …” Swipe. “Only one man can stop this chaos …” Swipe, swipe, swipe.

I was surprised by the effect it had on me. I’d assumed that my skepticism and media literacy would inoculate me against such distortions. But I soon found myself reflexively questioning every headline. It wasn’t that I believed Trump and his boosters were telling the truth. It was that, in this state of heightened suspicion, truth itself—about Ukraine, impeachment, or anything else—felt more and more difficult to locate. With each swipe, the notion of observable reality drifted further out of reach.

Marie Yovanovitch: Ã¢Â€ÂœWe must not allow the United States to become a country where standing up to our government is a dangerous act.Ã¢Â€Â https://t.co/vZ2wvhJhDT

NEW: Trump let loose at a White House event to mark his impeachment acquittal, saying it was not a speech or a news conference but “a celebration.”https://t.co/u9jxOxUekq

The big picture: The 62-minute event was pure unchained Trump — a midday TV drama featuring his closest allies from the White House and Capitol Hill — that saw the president go scorched earth in a setting more akin to one of his campaign rallies than a traditional East Room gathering.

The state of play: The president used the event to thank his allies and settle scores, despite already taking a shot at impeachment foils Speaker Nancy Pelosi and Sen. Mitt Romney (R-Utah) earlier Thursday.

YouÃ¢Â€Â™ll notice that trump does not have his hand-raised https://t.co/veTRq3i7an

Those who defend a president like this are as depraved and/or nuts as he is.

Impeachment was more than worth it just to hear @RepAdamSchiff prosecution of @realDonaldTrump & to watch @MittRomney take his place in history. America needs to hear this. https://t.co/5oyZmBNAkZ

Civil War in the Republican Party looks like this; Liz Cheney against an army of feeble men. 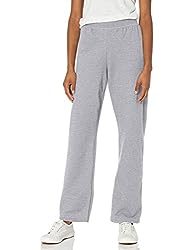