1) Cobalt In High-Nickel Batteries: Does It Do Anything Useful At All?

Of all of the components of a lithium-ion battery, cobalt has historically been one of the more expensive and controversial.

The three most costly raw materials, generally, are battery-grade cobalt oxide (~$80/kg as of November, likely less now), nickel sulphate (~$4/kg, down significantly from last year), and lithium carbonate ($14/kg, again down significantly). While cobalt only comprises a minority of the cathode mass, it still is a significant cost.

More controversial, however, has been its origin. Cobalt is usually recovered as a byproduct of mining for other metals, such as copper and nickel. While significant cobalt deposits are found around the world (including, for North American manufacturers, in Canada and Cuba), the richest are found in the war-torn and impoverished Democratic Republic of Congo (DRC).  As a result, over half of the world’s cobalt production occurs there.  Therein, around 20% of its cobalt is produced in “artisanal” (improvised) mines, ranging from villages mining their own land, to unscrupulous foreign investors which pay slave wages to mine illegally.

Artisanal cobalt has a negative reputation, and for good reason. Such mines are generally highly dangerous. Foreign-owned mines often have workers in abusive conditions, and child labour is a rampant problem.

While major international buyers have increasingly either signed onto the Responsible Cobalt Initiative or issued their own ethical sourcing guidelines, artisanal cobalt smuggling, intermingling with declared product streams, and purchases by less ethical buyers continues to be a problem.

So why use it at all?

While there are many different types of batteries, the most popular for electric vehicles tend to be NMC (Nickel-Manganese-Cobalt) or NCA (Nickel-Cobalt-Alumium) — the oxides of which make up the cathode of the cell (paired with a graphite or amorphous carbon anode). Lithium ions are intercalated (e.g. “fit without bonding”) in the cathode when discharged and in the anode when charged.

In an earlier (and still widely used outside the EV world) chemistry (LCO), cobalt would transition between a +3 and +4 oxidation state as lithium ions left and entered. In the newer, more nickel-heavy chemistries, nickel plays the same role. The problem is that nickel tends to release free oxygen into the cell in the process, which is a safety hazard.  Hence the addition of cobalt and either manganese or alumium.  The current generation of NMC and NCA is generally about 60% nickel and 20% cobalt. Most manufacturers are seeking no more than 10% cobalt in their next-gen cathodes, and Tesla is already using such cathodes in the Model 3.

But do we actually NEED that remaining cobalt?

This is where some interesting research comes into play.  A new research paper that was just published studies the individual phase transitions that occur during the charging and discharging of various cathode materials in-situ. They found that the remaining cobalt in the high-nickel chemistries is not only non-essential, but actually contributes nothing at all toward maintaining cathode stability during discharge. Instead, the stability occurs purely from the effect of the metal paired with nickel — either alumium, manganese or magnesium.  This offers significant promise that in the coming years, manufacturers will be able to offer entirely cobalt-free chemistries with  performance equaling or even exceeding that of today’s cells.

And good news on the nickel front…

Now that EV cell cathodes are largely turning into “predominantly nickel oxide”, the question then becomes, how to get that as cheaply and sustainably as possible.

As mentioned, li-ion cells are generally not manufactured from nickel oxide or nickel metal, but rather high-grade nickel sulfate as their starting input. Traditionally, this comes from hard-rock mining of nickel sulfide deposits which, while concentrated, are relatively rare compared to other nickel resources.

A very common global source of nickel is laterite — aka, those rust-red/orange soils you see in many parts of the world, particularly in tropical environs.   Nickel-rich laterites are, however, difficult to upgrade into battery-grade nickel sulfate.

Enter Tsingshan Holding Group, a Chinese firm which recently smashed its way into the global stainless steel markets. They believe they’ve found a way to make HPAL processing of laterites economical even on relatively poor-grade inputs. Their pilot project under construction in Indonesia right now would — on its own — entirely eliminate any projected nickel sulfate deficits on the market.  Nickel bulls, who’ve been betting on high nickel prices due to battery production, have been watching Tsingshan’s progress with increasing alarm.

Donald Trump is NOT My President Mens Shirt Protes...

But what’s bad for them is good for EV producers and buyers!

One of the most common things that makes prospective EV buyers hesitate is the question of, “How long will it take to charge?”  While for homeowners this is only relevant for long trips, for apartment owners with no access to charging, the issue is no red herring; EV ownership can mean regular trips to a shopping centre or wherenot that has a fast charger. In both cases — long trips, and city-charging for apartment dwellers — charge rates are king.

DC (“fast”) chargers in the US come in three forms: CCS, CHAdeMO, and Tesla Supercharger.

CCS and CHAdeMO connectors are often found on the same charger; CCS is more common on vehicles these days than CHAdeMO, but Japanese manufacturers still tend to prefer the latter. Such chargers are run by a variety of networks, which have various payment or membership requirements. Some owners are excellent at maintenance; others not so much.  In the US, the vast majority of these are a nominal 50kW, with 40-45kW acheivable by most vehicles.

Volkswagen’s “Electrify America” programme seeks to improve the situation. Formed as a negotiated settlement with California to compensate for the “Dieselgate” scandal, Electrify America has built (as of mid-February) 100 sites with 465 charging stations.  By mid-summer, the expect to have expanded to 484 sites with 2000 charging stations. The vast majority will still be 50kW, but a meaningful fraction is to be 150kW nominal, and a small minority 350kW.

The situation is better in Europe. While most chargers are still 50kW and run by a patchwork of disjoint networks, and reliability is still a problem, two major networks — FastNED and Ionity — have been significantly increasing the expansion of higher-power CCS. FastNED has a network of 150kW stations. Ionity’s stations are nominally 350kW, although the vast majority are only 350kW-intent, lacking part of the hardware (at least the cabling) to support the maximum rate.

Superchargers use their own standard, as there were no standards present for such high powers when Tesla began building their network. While Tesla invites other manufacturers to use their standard, no other manufacturers have done so. In Europe, Tesla uses a different Supercharger connector.  As Europe has now decided on a single continent-wide standard (CCS), Tesla is switching over to CCS there; European Model 3s come standard with CCS ports.

Tesla’s North American network (overwhelmingly in the US, but also extending into Canada and Mexico) has 696 Supercharger stations with nearly 6000 stalls (charging stations).  These are overwhelmingly 120kW nominal per stall, with realizable rates generally around 117kW (pre-taper).  All are on the same, well maintained network, and payment is automatic.

How do the 250kW Superchargers change the picture?

At this point, it’s hard to say for sure. Apart from the press release, only a small number of videos of people using the chargers has leaked out so far. What we can say:

How does this compare? Turns out, a kilowatt is not a kilowatt.

Power (kilowatts) is voltage times current (amps). Unfortunately, when it comes to DC charging, these things are not interchangeable.

A battery pack can only charge at its voltage; it does no good to try to pump 1000V into a pack that’s at 400V. Hence, if you have a 350kW charger, wherein that 350kW is at 1000V — but you connect a vehicle with a 400V pack to it — the maximum power it can charge at is 140kW. That is, the pack determines the voltage, while the charger (and the vehicle’s limits) determine the current; current becomes the limiting factor.

As a general rule, 350kW CCS stations are 350kW at 1000V.  With lower-power CCS stations, it depends on the station — e.g. a 175kW station may be the same current at the 350kW station but half the max voltage (and thus just as fast for low-voltage EVs as said 350kW station), or half the current but the same voltage (and thus half as fast for low-voltage EVs).

Superchargers, by contrast, are all designed for low-voltage EVs; all that changes is the current.  So the improvements in power are always directly realized in terms of charge rates. Again, though, without seeing an exact charge curve, we can’t see how that plays out in practice.

Even for a given charge rate, a kilowatt is not a kilowatt!

It’s not simply the power that your vehicle is getting that matters, but also how much energy it needs to drive a given distance.  E.g., if Car A uses 200Wh/mi and Car B uses 400Wh/mi, and they both get the same power from the charger, Car B will have to sit there twice as long to make it to its next destination.

The Audi E-Tron is not yet rated in the US, but appears to be less efficient than the I-Pace.

Beyond this, various vehicles have their own maximum charge rates — I-Pace, Kona and Niro at <100kW, Bolt and Leaf at ~45kW, etc.

A percent is not a percent

Sorry for how complicated this gets! As mentioned, each vehicle has a charge curve, where it maintains a steady-state or slow-climbing rate up to some given percentage full, and then starts declining. For example, the Audi E-Tron boasts 150kW with no taper up to 80% full (although owner reports thusfar have never seen 150kW past 60% or so; it might require special circumstances).

The problem comes in that a percentage full has nothing to do with how far you can drive.  For E-Tron, for example, 80% of its range is about 170 EPA miles (based on EPA estimates of 210mi), and 60% is around 125 miles.  But for a Model 3 LR RWD, 170 miles without taper would be only half full, and 125 miles without taper would mean only 1/3rd full. Factor in the differences in energy consumption above, and the difference is dramatic.

Argh, I wish this was simpler, I really do!  But the short of this is: how fast a vehicle lets you charge it says little about its battery pack.

This is counterintuitive. If Vehicle A lets you charge its 90kWh battery at 100kW, and Vehicle B lets you charge its 90kWh battery at 200kW, you might be tempted to think, “Wow, vehicle B’s battery must be awesome!”  But in practice, you can charge a battery at whatever C-rate you wish (up to its ion diffusion limit).  Manufacturers put software limits on their vehicles — the oft-mentioned “taper curve” — in order to ensure longevity, but these limits are entirely up to them. Allowing drivers to charge their battery packs “harder” simply means allocating greater warranty reserves for replacement for that small percentage of users for people who do it very often.  The higher-end the vehicle, the more the manufacturer can afford to allocate such high warranty reserves.

The longer the vehicle is on the market, too, the more data the manufacturer gets, and the more they may decide to allow a higher charge rate in the future, if batteries are holding up well. This appears to be what has happened with the new Supercharger generation, since the taper limit on Teslas using it appears to have been well decreased.

And that’s all that can be said for now!  In short, this news looks like a great step forward, but only time will fill in the details.

ED: The taper curves are starting to come in. Impressive! I’m going to need to re-do this diary about EV road trip charge times 🙂 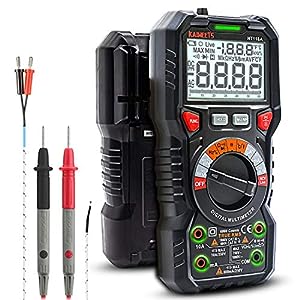