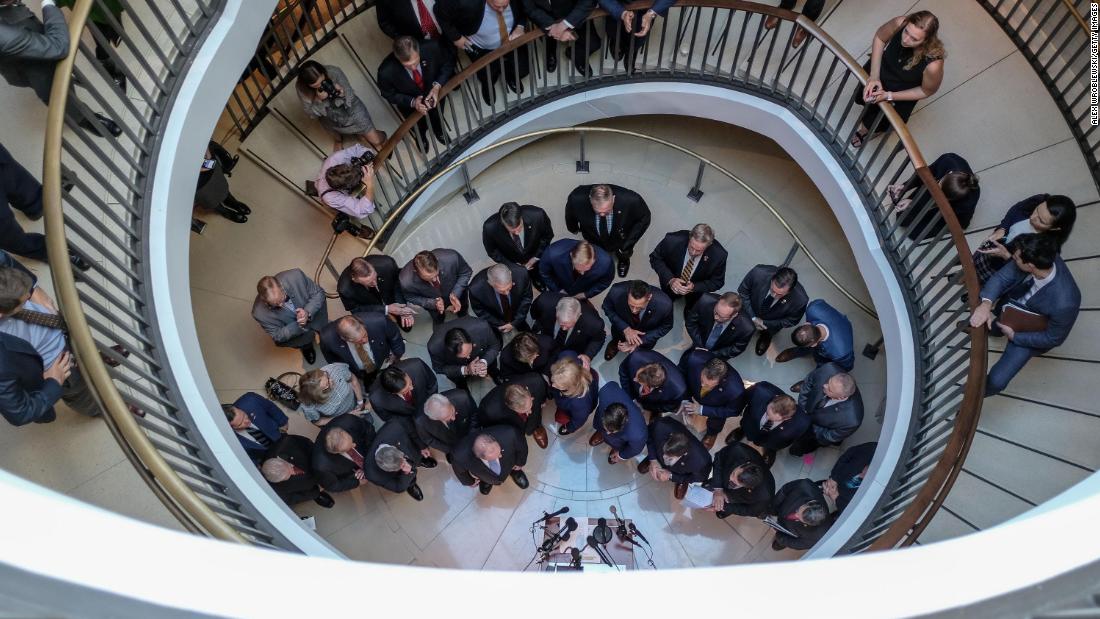 The protest is over, after delaying the hearing for five hours. Laura Cooper of the DoD is testifying.

The sit-in was held by GOP House members not on the relevant committees in the SCIF facility. PIzza was ordered and apparently no one was arrested.

Republicans forming a literal mob to obstruct the impeachment inquiry was pretty much the only move they had left.

The facts are not on their side.

No, the real reason Matt Gaetz and “his coalition of the stupid” stormed the SCIF was to try and win the hearts and minds of their Fox News-addicted base. Because impeachment is both a legal and a political process, and these Republicans know that even if Democrats have enough evidence to impeach Trump, getting Republican senators to vote to remove him is all that stands between a President Trump and a President Pence.

Another reason for the storming of SCIF is that as the reality television president, Trump loves reality television show-style stunts and tacky symbolism. Remember, this is the guy who rode down an enormous gold escalator to announce his presidential run. And since the Republican party is now the party of trump all the way down, Congressmen who ingratiate themselves with the president will receive his help on the campaign trail. There’s almost always an opening in trump’s Cabinet, perhaps beyond, and they’re aware of that as well.

As a former prosecutor, I know that when the facts and law are not on your side, the defense attacks the process.

It's no coincidence that Republicans disregarded all rules & norms by storming the SCIF to stop interviews the day after Ambassador Taylor's devastating testimony. https://t.co/wUPopOeSJz

A committee official now says the House Parliamentarian has ruled that the members who forced their way into the SCIF are in violation of House deposition rules. Some members refused to remove electronic devices from the secure spaces, the official said.

When we find a dead pizza delivery boy killed by polonium, you’ll know why… https://t.co/rDzwvAmLtg