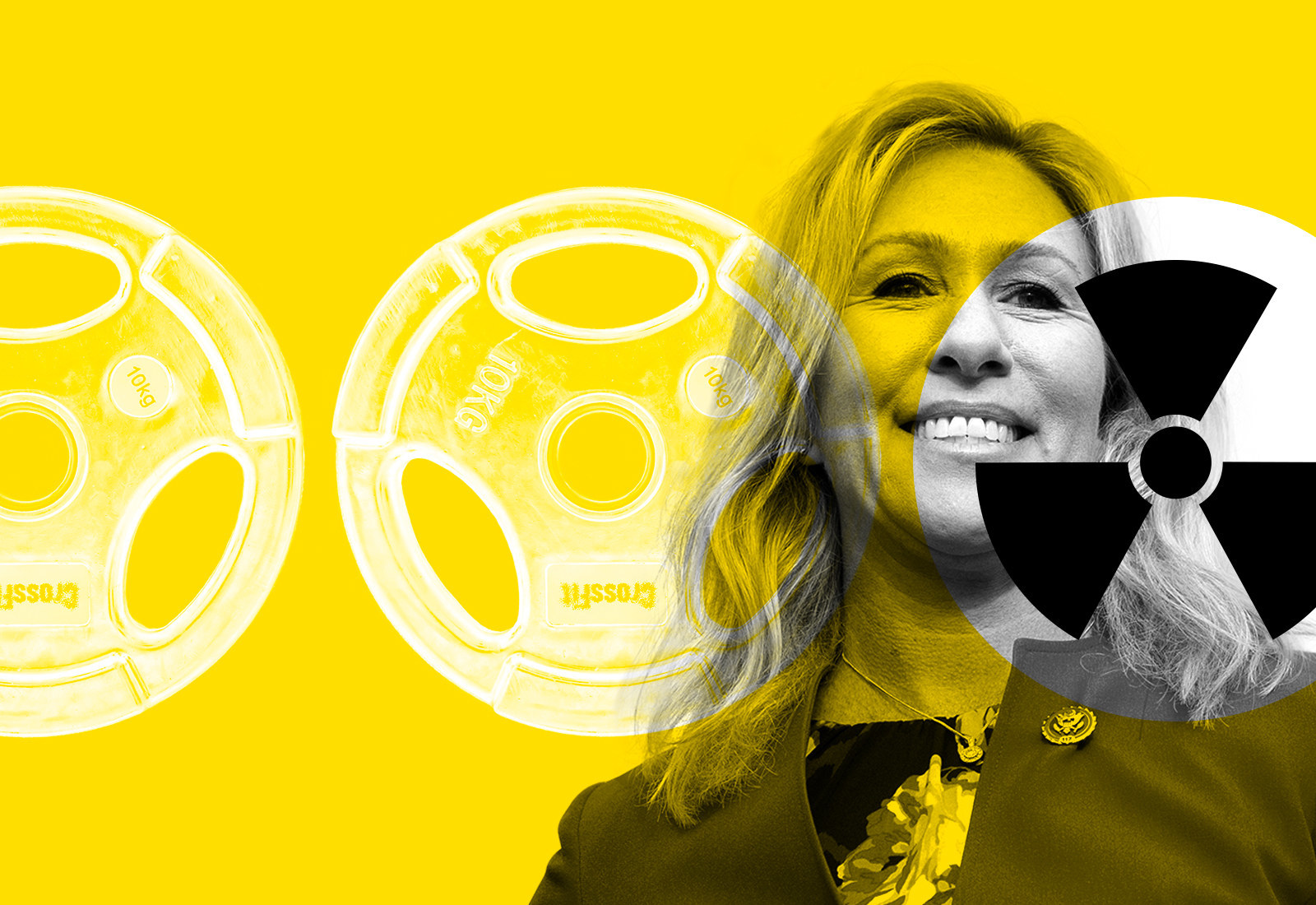 Marjorie Taylor Greene (I refuse to dignify her with an affectionate abbreviation) has not exactly followed Speaker Sam Rayburn’s classic advice: “to get along, go along.” (To be fair, that maxim died quite a while ago.) But she has been truly and uniquely obnoxious in her insistence on being as nasty as possible to as many politicians as possible. Her attack on her colleague (used in the formal sense only) Marie Newman for having (and supporting! The horrors!) a transgender daughter was condemned by Democrats across the spectrum and even some Republicans. She was stripped of her committee assignments because of her support of far-right conspiracy theories, though only 11 Republicans voted for her removal, and GOP leader McCarthy opposed to the measure.

He may want to rethink his position. Greene has made herself so obnoxious with repeated motions to adjourn that more and more Republicans are getting tired of her. The Washington Examiner (not exactly a liberal rag) reports that Marjorie Taylor Greene’s procedural antics splitting House GOP factions

Since the House voted last month to strip firebrand freshman Rep. Marjorie Taylor Greene of her committee assignments, she has found another way to make a statement: make a motion to adjourn on the House floor.

“She’s doing her committee work,” Ohio Rep. Jim Jordan told the Washington Examiner with a laugh. “You see what the Democrats are doing, you’d love to adjourn and not let these kind-of-crazy bills pass. She’s doing the Lord’s work.”

But a growing number of Republicans are, like Democrats, growing irritated by the move — and the issue is exposing divides within the House Republican Conference.

South Carolina Rep. Tom Rice, who also voted in favor of impeaching Trump, and Florida Rep. John Rutherford were the first two Republicans to vote against Greene’s motion to adjourn. On Wednesday, Republicans who refused to entertain Greene’s move included Rep. Liz Cheney (who recently defeated a challenge to her No. 3 leadership spot in the House conference) and Rep. Jim Banks, the head of the Republican Study Committee, the largest conservative caucus in the House.

Rep. Ann Wagner (R-Mo.) had to rush out of a committee hearing with Federal Reserve Chairman Jerome Powell on monetary policy. Rep. David Joyce (R-Ohio) had to step out of a video conference with an international conservation group. And Rep. Tim Walberg (R-Mich.) had to halt a Zoom meeting with local chambers of commerce from the Great Lakes region. . . .

Greene’s guerilla tactics are also inflicting pain on her GOP colleagues, who have complained that they serve no purpose and interrupt the flow of the workday for lawmakers, particularly meetings that are planned around anticipated vote schedules.

It should not surprise anyone that Greene is doubling down.

Greene sounds off on GOP after Hill story

GOP Rep. Marjorie Taylor Greene (Ga.) on Saturday fired back at her Republican colleagues who told The Hill that they were growing increasingly frustrated with her efforts to delay congressional business by forcing procedural votes to adjourn the House each day. . . .

She claims not to understand why Republicans are mad at her:

Greene then explained that she calls “for motions to adjourn so that the Democrats can have at least another hour to come to their senses before they vote for this kind of crap.”

“Oddly, some of my GOP colleagues don’t share my outrage and are annoyed with me… for trying to do anything I possibly can to disrupt and stop the Democrats from destroying our country.”

She definitely either doesn’t understand or doesn’t care that she isn’t winning any friends or allies for any legislation:

Greene had no comment when asked for Saturday’s earlier story about the increasing number of Republicans voting against her motions, though she in a floor speech this week railed against several recent Democratic proposals, including the $1.9 trillion stimulus bill that was passed Saturday in the Senate, the anti-discrimination Equality Act and the George Floyd police reform bill.

Clearly, she will never be nominated, much less elected, Miss Congeniality. But would you like to place bets on how long before even the Republicans decide they’ve had enough and agree to expel her?