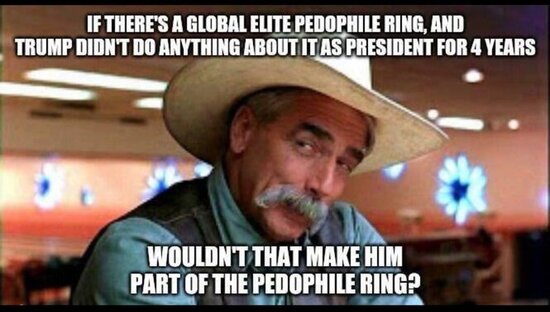 Truly a tool, as the Inspector General reports are coming and Previous Guy’s going to be in the barrel.

Donald Trump was a tool in a long-running Russian campaign to weaken the United States. That’s been documented in Republican-led investigative reports, and now it has been updated with new evidence, thanks to the U.S. Intelligence Community’s assessment of the 2020 election. The report, drafted by the CIA, the FBI, and several other agencies, was released in unclassified form on Tuesday, but it was presented in classified form on Jan. 7. In other words, it was compiled, written, and edited during Trump’s administration. It destroys his lies about the election, and it exposes him as a Russian asset.

The report debunks conspiracy theories, promoted by Trump and his lawyers, that hackers in other countries robbed him of victory. “We have no indications that any foreign actor attempted to interfere in the 2020 US elections by altering any technical aspect of the voting process,” including “ballot casting, vote tabulation, or reporting results,” says the document. A separate analysis released by the Department of Justice reaches the same conclusion. The IC report adds that evidence of such operations, if they existed, would have shown up in U.S. surveillance or in “post-election audits of electronic results and paper backups.” The report implicitly mocks insinuations from Trump’s lawyers that former Venezuelan dictator Hugo Chavez, who died in 2013, somehow rigged Trump’s defeat. “We have no information,” it notes drily, that “current or former Venezuelan regimes were involved in attempts to compromise US election infrastructure.”

During the campaign, Trump, his national security appointees, and his allies in Congress insisted that China was meddling in the election to help Joe Biden. They even claimed that China’s interference was more dangerous than Russia’s. The report shreds that fiction. China “did not deploy influence efforts intended to change the outcome of the US Presidential election,” says the assessment. It finds no attempt by China to “provide funding to any candidates or parties,” and it challenges the Republican spin that China feared Trump because he was too tough. It argues, to the contrary, that Beijing saw Trump as a weaker adversary because he “would alienate US partners,” whereas Biden “would pose a greater challenge over the long run because he would be more successful in mobilizing a global alliance against China.”

As to Russia, the report leaves no doubt: In 2020, as in 2016, “President Putin authorized, and a range of Russian government organizations conducted, influence operations” to help Trump and hurt his Democratic opponent.

“Donald Trump was a tool in a long-running Russian campaign to weaken the United States.” https://t.co/18bZwMUVJD

Trump needs secrecy, in everything he does, he craves secrecy. One might guess it is because his “brand” is the exact opposite of what goes on behind the scenes, the self-made, wealthy, business genius, is nothing more than a trust-fund baby with a life-threatening anger problem, one who might have been involved with lawbreaking all along, nothing new when he became president.

One of the inherent limitations in our Constitution is the fact that our Article II branch – the Executive Branch – is the branch that both spends the money while also enforcing the laws. Indeed, it often enforces the law by spending the money allocated by Congress. And one can almost see the trouble brewing already. To make matters worse, each department is set-up in such a way that the people most likely to notice “stealing” or “cheating” going on within the department are those who have been there for life and are thus under any current political director.

Their (Inspector General) work is about to drop, according to the Washington Post:

Across the government, at least nine key oversight investigations were impeded by clashes with the White House or political appointees, people familiar with inspector general offices and public documents show.

Thus, there is serious reason to believe that these reports could apply to corruption at the very top, Trump himself. One hint stands out like the proverbial 800 lb. MAGA in the corner:

Lawyers invoked the power of the president and top agency officials to withhold their confidential communications. They insisted on a seat at the witness table — or blocked employee interviews altogether. Documents were often released at the pace of dripping faucets — or not at all.

“There was a blatant attempt by the Trump White House to interfere with the work of IGs that we had not seen before,” said Nick Schwellenbach, an expert on the inspector general system at the Project on Government Oversight, a nonpartisan advocate for government reform.

11 inspectors general or their senior aides who served under Trump, many of whom spoke on the condition of anonymity to describe internal government deliberations, said hostility to oversight reached unprecedented levels during his time in office.https://t.co/2OkbCUwMbV

Almost as soon as she opened a politically charged investigation in 2019 into whether the Trump White House blocked hurricane relief to a devastated Puerto Rico, the internal watchdog at the Department of Housing and Urban Development ran into obstacles.

HUD demanded that their attorneys sit in on witness interviews, a tactic inspectors general said was unusual and could shape witness testimony. White House officials told top agency appointees to withhold their communications, documents and interviews show. Other records took months to obtain.

It’s far from the only politically sensitive work by government watchdogs — mandated by Congress to monitor federal agencies for waste, fraud and misconduct — that faced roadblocks or was otherwise dragged out during the Trump era.

Lara Trump says that Trump is working on building a new social media platform where conservatives will be free to say whatever they want and won't “feel like the fact checkers are going to be all over them.” pic.twitter.com/E4qorixxrD

(22374)
$179.00 (as of May 20, 2022 00:48 GMT -04:00 - More infoProduct prices and availability are accurate as of the date/time indicated and are subject to change. Any price and availability information displayed on [relevant Amazon Site(s), as applicable] at the time of purchase will apply to the purchase of this product.)