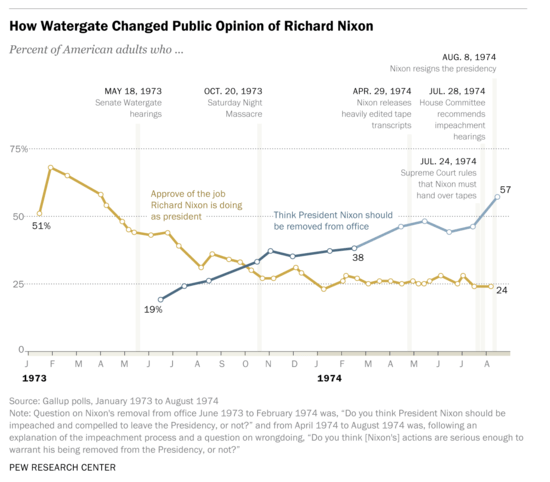 David Remnick asked Nancy Pelosi if impeachment could backfire. Ã¢Â€ÂœIt doesnÃ¢Â€Â™t matter,Ã¢Â€Â she said. Ã¢Â€ÂœHe has given us no choice. Politics has nothing to do with impeachment, in my view.Ã¢Â€Â https://t.co/H02qlDEJ6Y

WaPo did a graphics segment about how we got to the impeachment inquiry. In contrast with the messy week of Trump confessions and doubling down to shitpost and flood the zone with disinformation. The important issue is that impeachment as an objective has never receded. History still moves. Slowly we turn, step-by-step…

They're turning on each other

Watch: Trump confirms he withheld military aid from Ukraine before his call with Ukrainian President Zelenskypic.twitter.com/mNcGWQ1Eqq

In 2016, Ukrainian officials found a ledger that catalogued payments made to Manafort by Ukraine’s government. Around the same time, Manafort was denying reports that he had played a part in weakening language in the Republican Party platform regarding assistance to Ukraine in its war against Russia.

Before and after that, Ukrainians have died fighting Russia-supported military elements that the Kremlin has denied sending. This year, three Russians and a Ukrainian were charged in the Netherlands in the 2014 downing of Malaysia Airlines Flight 17 over Ukraine with a Russian-made Buk missile, killing 298 people. Russian-backed forces have not pressed all the way to the Ukrainian capital, Kiev, mostly content to let the fighting stalemate in the east.

This has continued for five years. During that time, the United States has provided more than $1 billion in defense-related aid to Ukraine. The European Union and Western allies have given billions in loans and millions in other forms of aid. Meanwhile, the war drags on — in a report from February, the United Nations tallied more than 13,000 deaths. Ukrainians, rightly, continue to insist that Russia has no right to their territory or to determine their political fates.

While lawmakers investigate Trump, a unified Congress and executive branch must demonstrate to Putin and the world that in the war with Russia, the United States is on Ukraine’s side. We should join European nations in pressuring Moscow to implement the Minsk Agreements, designed to protect Ukrainian sovereignty, and make clear that Ukraine isn’t a bargaining chip — either on the geopolitical chessboard or for the political gain of the American president.

You know whatÃ¢Â€Â™s the opposite of hearsay?

The President caught on tape asking a foreign nation to help him steal an election.

Worth remembering that Barr is still ignoring a subpoena from the last jaw-dropping anti-American trump scandal.

Volker will come to the Congressional Intel committees.

More impeachment news: Former US Special Envoy for Ukraine Kurt Volker plans to appear at his deposition next Thursday in front of the House Foreign Affairs committee, according to source familiar with his plans, per Ã¢ÂÂ¦@evanperezÃ¢ÂÂ© Ã¢ÂÂ¦@kylieatwoodÃ¢ÂÂ© https://t.co/2XPUrBQGYX

TrumpÃ¢Â€Â™s Lawyers Argue That He Cannot Be Impeached Because He Was Never Actually Elected https://t.co/oQgXFSKiD3Â Ã¢Â€Â¦

First, you need to understand the difference between Ã¢Â€ÂœbotsÃ¢Â€Â and Ã¢Â€Âœtrolls.Ã¢Â€Â Bots are automated Twitter accounts, not people holding phones and typing tweets. They are computer algorithms programmed to string together sentences and post them. They often just use gifs and memes.

(33219)
$348.00 (as of May 22, 2022 03:46 GMT -04:00 - More infoProduct prices and availability are accurate as of the date/time indicated and are subject to change. Any price and availability information displayed on [relevant Amazon Site(s), as applicable] at the time of purchase will apply to the purchase of this product.)