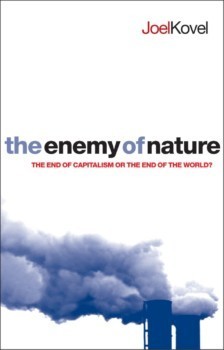 In less than 400 days the US could be relieved of perhaps the stupidest self-proclaimed “environmentalist” in US history. We will need to refocus the post-Trump environmental economy to sustainable goals that reposition the discourse about economic growth, particularly energy production, distribution, and consumption. The Green New Deal is only a start to discussing how labor and education must be central to new national industrial policies.

RW eco-discourse is the real eco-fascism because it presumes status-quo models of the state and the economy which bias the argument in favor of the current status of neoliberal capitalism. The larger intermediate question for neoliberal capitalism is whether there can there be “corporate biosphere stewardship” given the fragmentation of international cooperation and the necessity for ecosocialism.

The example here is how perceptual distortions in discourse favor the usual ideological positions of neoliberal capitalism.

The selectivity of examples are supportive of the status quo in massive inequality. as with the needed support of cultural and indigenous populations. The mental maps we bring to the idiographic understanding of an argument affect the ideological positions we take. A topic for another article could be how badly RWNJs perceive the minimal force of a free-market libertarian political economy in actual rather than idealized national, regional, and local spaces.

For example the below National Review article reduces land area and in effect the regional description of the US to state boundaries. Such scale distortions are a common feature of primitive Trumpian rhetoric that frames solar and wind power as solely determined by nature rather than the real examples possible with energy conservation technologies and practices.

Indeed, the entire notion of an all-renewable-energy system is the antithesis of environmental protection and scenic conservation.

Before discussing that opposition, let’s look at a study published last year by two researchers from Harvard University that detailed the enormous amounts of land that would be required by an all-renewable scenario. The study, co-authored by Harvard physics professor David Keith and postdoctoral fellow Lee Miller, looked at 2016 energy-production data from 1,150 solar projects and 411 onshore wind projects. Those wind projects had a combined capacity of 43,000 megawatts, or roughly half of all U.S. wind capacity that year.

Land-use is a canard because we have to assume TMI or Chernobyl don’t happen and that some lands are multiple use. Off-shore wind farm data is excluded even as that makes a significant difference, as would massive deployment of small-scale wind/solar and general energy conservation. Note that Strata receives funding from the Kochs.

This (Strata) report considers the various direct and indirect land requirements for coal, natural gas, nuclear, hydro, wind, and solar electricity generation in the United States in 2015. For each source, it approximates the land used during resource production, by energy plants, for transport and transmission, and to store waste materials. Both one-time and continuous land-use requirements are considered. Land is measured in acres and the final assessment is given in acres per megawatt.

Specifically, this report finds that coal, natural gas, and nuclear power all feature the smallest physical footprint of about 12 acres per megawatt produced. Solar and wind are much more land intensive technologies using 43.5 and 70.6 acres per megawatt, respectively. Hydroelectricity generated by large dams has a significantly larger footprint than any other generation technology using 315.2 acres per megawatt.

The Strata group at Utah State University recently published a study on the “footprint of energy.”  For each energy source, the calculated the full-cycle land use required to generate 1 MW of electricity from each source of energy.  Despite the fact that they included the land required to drill and mine for natural gas and coal, all of the processing and transportation requirements, as well as power plant footprints, fossil fuels and nuclear power were the clear winners, by a long-shot.

Darn that America-sized environment. The ridiculous comparisons using state boundaries belie the corrupt logic. The reality is that land-use and its regulatory policy approaches the neo-medieval in terms of public policy under neoliberal capitalism. Darn socialism might reduce the number of golf courses, especially in places of higher environmental impact. ZOMG, people might get less exercise than in golf simulators. Then again, power densities measured against land area might make DC a Black Hole.

“With an area no larger than the amount of land currently devoted to golf courses, we could power a third of the country with solar energy.”