We have very good candidates running down ballot in places like Virginia and Mississippi.  These candidates need money unfortunately because it takes money to run and grassroot efforts are pinched these days.   We can do something to fight back at the swamp in a new way.  It could actually get mainstream attention for more people who need to show their pain and remorse of children being swept up, families being destroyed, climate change denial, abuse to minoroties and all the hate.

Charlottesville was a symptom of something larger.  When your BP rises and you think there is nothing you can do or when you see little children separated and crying in a huge roundup in Mississippi, or feel the sorrow of Charlottesville Klan walk, you may want to open your hearts and wallets to combat this hate filled party of Trump.

If you don’t have 10.00, then donate 5 or 3.  Make that donation to the Candidate in memory of “ Heather” or Opposition of Child Abuse in Operation Roundup.  You then, have personally done something rather than fret and worry.

Donating to presidential candidates is great, but without the State, Congress, Senate and governor and down ballot races, we are not overcoming to the degree that is in our power.

The power to get out the vote is crucial.  To quote Joe Biden, “ We are fighting for the soul of the republic”.  That statement I believe goes all the way from top to bottom.  When you donate to these democratic candidates, attach a note, “ In memory of Heather, or No to Trump Hate, My Dollar to fight Abuse of power, and many things that drive you crazy happening in our name with the incumbents or the Trump party.  THIS IS YOUR WAY to protest.  I also believe it will make you feel better and that you are helping like WWII folks did by having rations.

It’s not a pac but a grassroots effort to make your voice heard to elect these folks willing to make change for all this hate.

There are 80 some odd days in Virginia and Mississippi to GOTV in 2019.  Some of these candidates  are Full Bird  Colonels, disabled and POC to boot.  We get them in office and the people will get a voice and the Trumpsters will lose their minds because it is saying we are willing to back up our values with a vote and a dollar.  A dollar against hate.  This should be just another way to Resist.  This is America moving forward.

Herb began his career in government service as a second lieutenant in the 24th Infantry Division, Fort Stewart, Georgia. Over the next 10 years, he was stationed at Fort Sam Houston, Texas, Fort Meade, Maryland, Bangkok, Thailand, and Fort Lee, Virginia. Herb left active duty to start a career in finance and investments with Edward Jones, Signet Financial Services, Bank of America, and Colonial Downs. Herb ran to be the County Treasurer for New Kent in 1999 and served three terms. At the same time, he remained in the US Army Reserves. He was called up twice after 9/11 and served here in Virginia and two tours in Iraq. In 2011, Herb decided not run for a fourth term and took a position with the federal government as a operations officer in Afghanistan 2012

We have POC, women, Disabled veterans and high ranking officers who served in combat running for office.  We may not all can hit the streets but we all can give 8 quarters to their campaigns.  People in WWII sold tires for the war effort and make no mistake about it, this is a war effort to restore some dignity and honor to these United States of America.  We need to vote and give what we can and we must do it for the rights of people in every state.   We have caged children, separated families, white supremecy and we have a choice to fight back with everything we have from dollars to letters and especially the vote but don’t just look at the presidency.  This hate is deeper than one person.  We need an all out effort to make people accountable for actions and that begins and ends at the ballot box and campaign effort.

There is something we can do now.  Feel depressed?  Go to a link and throw in a dollar or two.  There is no limit in Virginia.   Feel helpless, go throw in some change and know…”I am doing something to combat this nightmare”.

I am posting links from other Kossacks and have you review what has been written and pleading for you to feel like you have some control of this mess we have ended up in and TAKE OUR COUNTRY to some level of sanity.

I thought of all the flowers and they were beautiful in El Paso and the outrage of Missisissippi and the Nazis of Virginia and then  I thought, if we could counter this with donations to people opposing this sort of thing, what a difference.  I don’t mean to stop sending flowers or having vigils but do something to stop having to deal with all of this hate where there is a need to send flowers and spend on candles for this hate that is taking this country by storm.    Well, some may call it politicizing  tragedy.  No.  This is trying to put an end to the hate and it is a peaceful way to resist.  It also makes us feel we are contributing to sanity.  We aren’t just fretting and worrying about tomorrow, we are trying to elect people to put an end or start to put us on a track of sanity, today.  When you say, I can’t do anything.  Think again.  Yes you can.  You can donate, support and GOTV for these candidates.  Oh …Yes you can.  This is indeed a 50 state strategy. 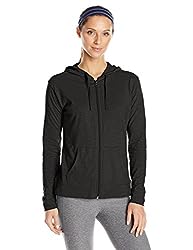