Donald Trump's new White House press secretary hasn't given a single press briefing since she was appointed in June, and the odds are she never will. No briefing has been held there in more than 150 days, as Trump moves to drastically cut off the fourth estate’s access. It's just another example of how reporters are being denied a chance to keep watch over Trump and his team.

And one of the desired effects, as Trump moves to eliminate transparency, is that reporters increasingly seem to have very little idea of what's happening inside the White House. Permanently stuck in reactive mode as they respond to Trump's catalog of bizarre and untrue pronouncements, journalists have largely become spectators. Just as importantly, they refuse to concede that a titanic shift has occurred at the White House. Instead, they cling to the illusion that they're plugged in and have the pulse of the Oval Office.

“Reminder: There is no White House, not in the sense journalists have always used the term,” New York University journalism professor Jay Rosen recently tweeted, hitting on a media critique he has amplified for more than a year. “It's just Trump—and people who work in the building. The term is still in use because what else are ‘White House’ reporters going to do? But there's no referent for it. The metonymy broke.”

Rosen’s accurate appraisal pulls back the curtain and reveals that the “White House” that reporters are so busy reporting on and referring to is, at this point, basically a media concoction. It's a prop that's being held up because “the White House” is how journalists have always referred to the sprawling West Wing enterprise that powers and supports each American president. Mercurial Trump, though, has basically dismantled that infrastructure (he doesn't like listening to people who don’t agree with him), yet the press still holds on to preferred tradition. The press keeps pretending “the White House” exists, and keeps presenting a false narrative about what's happened to our executive branch.

Let's look at recent examples. Trump's Labor Secretary Alex Acosta was forced to resign over his role in offering wealthy sex offender Jeffrey Epstein a sweetheart plea deal back in July when Acosta served as U.S. attorney for southern Florida. His resignation came specifically after news accounts appeared suggesting that the press conference he staged in hopes of saving his job had gone well and that Trump was happy with the outcome. 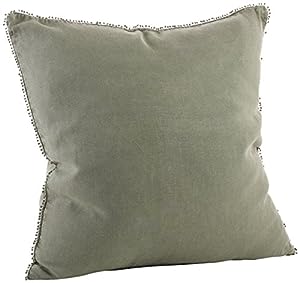