These contradictions will need to be recorded since the Trumpist cult will make him a heroic figure regardless of the November election outcome.

Even folks in NYC will risk dying for public spectacle. And Trump’s “lost month” will live forever because he believed that herd immunity would cull the population.

The conservative anti-modernism that privileges profit and continues to support anti-vaxxing superstition remains in the Trumpian resistance and reluctance to let science address the contagion.

Trump in his feeling that barbarism rules tried yesterday to divert attention by accusing unidentified people of something “worse than hoarding” PPEs in NYC.

This is incredibly counterproductive. People gathered to watch the US Navy hospital ship dock in New York City.

As coronavirus took hold in the US, “large-scale testing of people who might have been infected did not happen…the result was a lost month, when the worldÃ¢Â€Â™s richest country…squandered its best chance of containing the virusÃ¢Â€Â™s spread.”

The expression of Trumpian ideology:

“The number of confirmed coronavirus cases in Florida is doubling every three days. Florida remains one of the few states with a large outbreak not to issue a statewide order to keep residents at home.”https://t.co/KDh6yYQ4ky

No CoS needed for TÃ¢Â€Â™s reality TB show. HeÃ¢Â€Â™s the (propped up) star and loves being his own show runner.

NEW: The Trump re-election campaign told TV stations they could lose their operating licenses for airing an ad criticizing the presidentÃ¢Â€Â™s actions in the coronavirus crisishttps://t.co/e0wCxXLmw1 @TShields3 @jeneps @MarioDParker pic.twitter.com/PovcHbevwQ

NEW: Breaking down the @Yamiche Alcindor-Donald Trump faceoff from yesterday's Rose Garden press conference. Alcindor got it right; Trump gets a Pants on FIre. https://t.co/WgXC7cdhjL pic.twitter.com/qSPPROhwQC

Republicans privately Ã¢Â€Â˜unsettledÃ¢Â€Â™ by TrumpÃ¢Â€Â™s boasts about his ratings amid the coronavirus crisis: MSNBC https://t.co/IsDsQ4ULLv

Joe Biden shows more expertise on the coronavirus in one minute than Trump has in four months. pic.twitter.com/sYBwEQHi3t 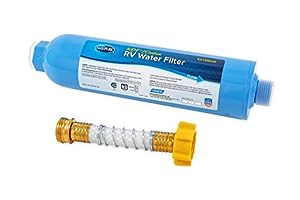