By Aldous Pennyfarthing on August 5, 2020

And here I thought Republicans wouldn’t rediscover the debt until a Democrat was back in the White House. Looks like they’re ahead of schedule.

After Senate Republicans let the House-passed HEROES act — which would have provided further stimulus for the economy and cash for our most vulnerable workers — languish on the shelf since — uh, wait, this can’t be right, can it? — fucking MAY, an intrepid reporter asked Republican Sen. Rick Scott if the Senate dithered too long before coming up with a plan to get badly needed funds to folks whose additional unemployment benefits are expiring.

REPORTER: “Did Senate Republicans wait too long to put a plan forward right before the unemployment deadline?”

SCOTT: “Well, I think we tried to listen to try to get information to make an informed decision, but … look, the Democrats don’t want to do anything, let’s be realistic. How disingenuous to last week when we did a one-week extension to have negotiations and they said no. And by the way, when the Democrats say they care about people, do they care about people when they keep increasing the debt we have … we have $27 trillion worth of debt?”

Well, Sen. Scott might want to look to his side of the aisle before he casts aspersions, because when the Senate was voting on a budget-busting tax reform bill in late-2017, every Republican voted “yay” and every Democrat voted “nay.”

Oh, and earlier this year (right around the time God got fed up enough with evangelicals’ Trump worship to finally send a plague) the annual deficit was already projected to surpass $1 trillion — after President Obama had presided over a precipitous decline in the deficit over his tenure.

Maybe I missed Scott’s pearl-clutching at the time because I was too focused on which classic sci-fi alien head he most resembled, but somehow I doubt that he raised any objections.

But this is part and parcel of a key GOP strategy: Run up the deficit when they’re in charge — creating a classic economy-boosting Keynesian stimulus — and then starve the beast and relentlessly browbeat Democrats after they’re forced to take the rudder of a sinking ship.

They did this for eight years after Obama was elected to fix George W. Bush’s mess. Republicans continually howled that Obama wasn’t fixing the Republican-created disaster fast enough. Which felt a little like the USSR telling the good people of Pripyat to hurry up and stop being radioactive already.

Unfortunately for Scott, this mess is a Republican mess — the president is a Republican, after all — and pointing fingers isn’t going to get him very far. Not this time. 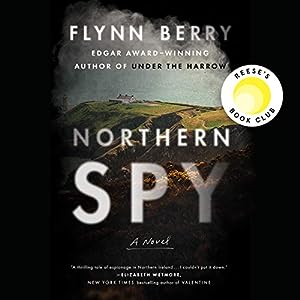