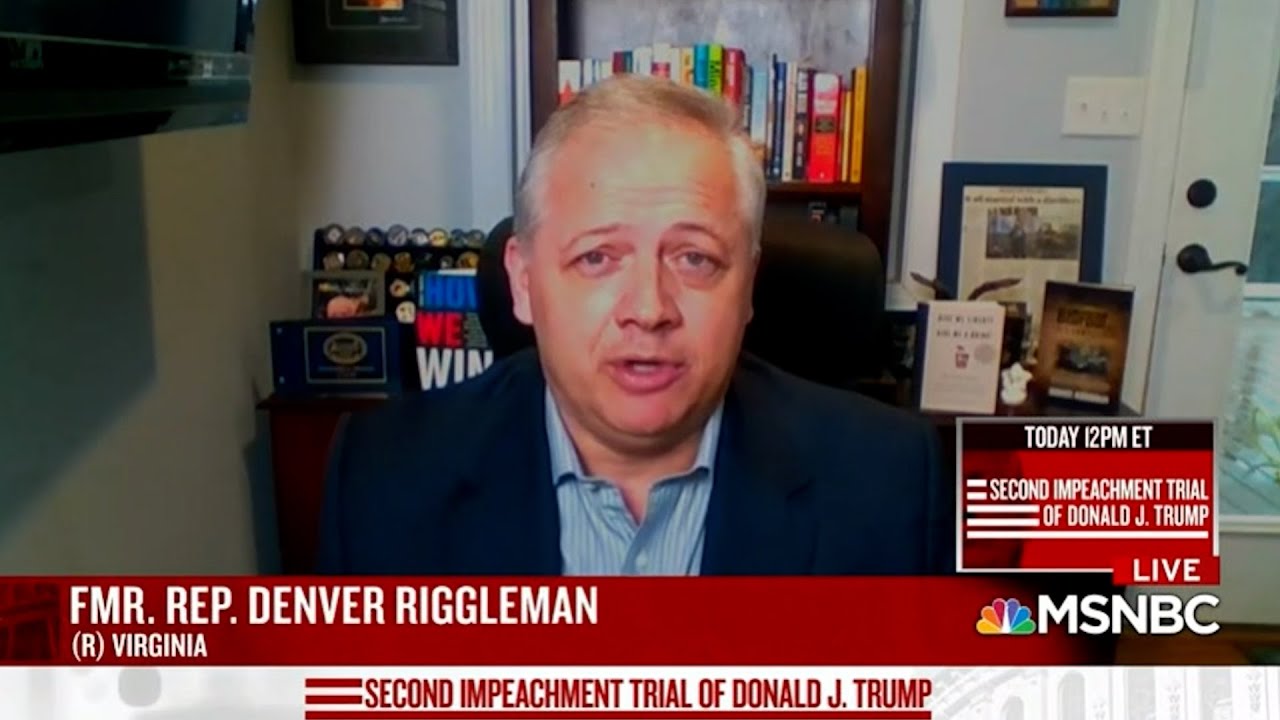 I had to do a double-take on this. As poor health & economic outcomes and tolerance for crooked politicians have become its signature, this Republican is trying to redefine conservatism.

For Congressman Denver Riggleman appeared on MSNBC. He showed his embarrassment for his Republican Party. But in doing so, he said one of the most comical statements about the impeachment managers and conservatism.

The thing is, I do not know any Progressive who does not believe those things. What we have on display is a majority of Conservative Senators and Congresspersons who do not. So Mr. Riggleman, let’s not try to put the unpatriotism that has been displayed by the Right for decades culminating in an unpatriotic seditious insurrection that attempted to topple our government onto a group of dedicated impeachment managers attempting to make at least 17 Republicans do the moral and patriotic thing.

Conservative and neoliberal policies have been wreaking havoc on our country for decades. Many of those impeachment managers support policies that keep the middle-class strong and the poor well-supported to ensure we can maintain a constitutional and stable Republic.

The recent unjustified unpatriotic seditious insurrection and the justified justice protests this summer can be traced directly to the implementation of Conservative and neoliberal policies. From the exacerbation of economic inequality to the racist justice system to coddled murderous police to environmental destruction and much more, Conservatives have much to atone for now. Trying to deflect its natural outcome must not be tolerated or allowed to go unanswered.

(42670)
$0.00 (as of May 15, 2022 04:41 GMT -04:00 - More infoProduct prices and availability are accurate as of the date/time indicated and are subject to change. Any price and availability information displayed on [relevant Amazon Site(s), as applicable] at the time of purchase will apply to the purchase of this product.)