I’ll get right to the point: I’m emailing you for $5 to elect Jon Ossoff to the U.S. Senate.

I’ve known Jon for many years. This bright young leader is like a brother to me. I’m ready to travel to all of Georgia’s 159 counties to campaign for him.

And in just a few days, Jon will face a critical end-of-year fundraising deadline.

So now I’m humbly asking you – can you donate just $5 right now to help us win in Georgia? →

I’m no stranger to dark times in our country.

And it makes me sick to see what Donald Trump and Mitch McConnell are doing to our nation.

That’s why I need Jon fighting alongside me. Now, more than ever, Americans need Jon’s leadership and integrity in the U.S. Senate…

I wouldn’t ask you if I didn’t believe in Jon Ossoff. I’m doing everything in my power to elect him. Will you join me in this fight by rushing a donation now? →

When Jon ran for Congress in 2017 he mobilized Democrats across the country. He gave us hope in a time of darkness.

But the attacks on Jon and his family by dark money SuperPACs and even President Trump himself were unfathomable.

They will stop at nothing to prevent a young person with Jon’s values and character from reaching the Senate.

So we have to fight back twice as hard now.

We can’t afford to let this opportunity slip through our fingers. Please, I need your help to elect Jon Ossoff now →

Together, for the future of our country.

Thank you for all that you do. 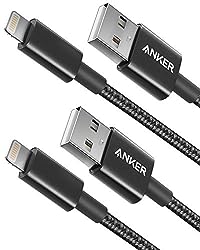