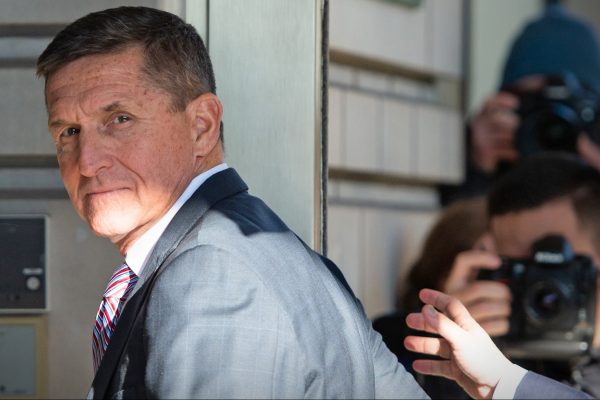 Mike Flynn gets the sentencing memorandum in the aftermath of his “assistance” to the Mueller investigation. The tune-changing, much like Paul Manafort’s results in a shift in the sentencing recommendation.

THREAD: Why are federal prosecutors recommending 0 to 6 months in prison for Michael Flynn?

1/ Today federal prosecutors filed a supplemental sentencing memorandum in the criminal case against Michael Flynn. In this document, for the first time prosecutors recommend a prison sentence for Flynn. A link to the document is below.

US v Flynn – Govt Sentencing Memo
2/ This is actually a bad result for Flynn, because until recently, it looked like the government would recommend no prison time at all pursuant to Flynn’s cooperation agreement, which he entered into with former Special Counsel Robert Mueller’s team.

3/ Since that time, Flynn has become increasingly antagonistic with prosecutors, firing his well-regarded legal team and hiring an attorney who has publicly attacked the Mueller investigation. Flynn unsuccessfully alleged prosecutorial misconduct and didn’t cooperate when asked.

4/ (It’s unclear why Flynn made this decision. It’s possible that he believes he will receive a pardon or commutation of his sentence from Trump or that the potential upside of future appearances in Trump-aligned media outweighs the potential of spending time in federal prison.)

5/ Many of you are asking me why the government is *only* recommending 0 to 6 months, particularly because (as some of you noted), the Judge used the word “treason” when describing Flynn’s conduct.

The short answer is that Flynn only pleaded guilty to lying to the FBI.

6/ The federal sentencing guidelines for lying to the FBI are only 0 to 6 months in prison. Prosecutors are asking the judge to impose whatever sentence he thinks is proper within that range.

The judge isn’t required to stick to that range and can go above 6 months.

7/ Prosecutors *could* ask for a sentence above the range, but DOJ policy is to ask for a sentence within the guidelines range absent specific aggravating circumstances that would warrant an above-guidelines sentence. It appears that DOJ does not believe they have those here.
8/ What they ask for in this filing is for the judge to give Flynn *no* credit for cooperating and for the judge to give Flynn no credit for “acceptance of responsibility.” Failing to give Flynn credit for acceptance of responsibility is the right call but is very significant.
9/ Even without a deal, the vast majority of defendants who plead guilty receive credit for acceptance of responsibility, which lowers the guidelines range. Here, it doesn’t reduce the range, but the DOJ is telling the judge that Flynn isn’t taking responsibility for what he did.
10/ So why doesn’t the DOJ charge Flynn with other crimes? It is possible they have sufficient evidence to charge him with other crimes, and that the reason he wasn’t charged with other crimes is due to the cooperation deal. (Many speculated that at the time he made the deal.)
11/ But at this point, long after the Mueller investigation ended, the DOJ may feel it is not worth the resources to charge Flynn with (say) a FARA violation when he is already convicted of a felony (lying to the FBI) and the judge can consider his other conduct at sentencing.
12/ The law requires judges to consider *all* of the defendant’s conduct at sentencing, beyond the specific crime being charged, and you can count on this judge to do that, given his comments.
13/ It is also possible that the DOJ doesn’t have sufficient evidence to prove beyond a reasonable doubt that Flynn committed other crimes, or that those cases would have significant downside risk (say, questionable witnesses) that make them ill-advised to pursue.

14/ In any event, this is still a bad result for Flynn, who will become a convicted felon and will likely spend time in federal prison.

I expect him to receive a longer sentence than someone like Papadopoulos, who cooperated and received credit for accepting responsibility. /end

Looking to slip out of his guilty plea Flynn last year claimed govt misconduct in investigating him.

But Judge Emmet Sullivan shot down the argument saying the former Trump national security adviser failed to prove a single violation, ordered him to appear for sentencing Jan 28.

Prosecutors say Flynn's new posture shows he believes "the law does not apply to him," which they say should impact the judge's sentencing calculation when it comes to deterrence. pic.twitter.com/xmRZ8pIBRj