Received this e-mail today from Democracy for America in support of the Florida Rights Restoration Coalition:

In 2018, voters across Florida overwhelmingly passed a ballot initiative supported by DFA members nationwide that restored voting rights to most former felons. Unsurprisingly, the Republican-controlled state legislature then made a law designed to overturn it by requiring those with felony convictions to pay their court debts and fees before they can register to vote.

This law is a modern-day poll tax because it creates financial barriers to voting that should be deemed unconstitutional.

We know that this law isn’t just about taking voting rights away from people with felony convictions. It is also about continuing on with a racist system of criminal injustice that disproportionately targets Black people.

Nearly one in four Black voters living in Florida are unable to exercise their right to vote because of felony disenfranchisement laws.

This racist Florida law criminalizes poverty while also deepening the inequities within our justice system.

Join us in supporting The Florida Rights Restoration Coalition which has a fund that helps returning citizens with outstanding fines and fees complete their sentences and move forward with their lives. Click any of the buttons below to have your contribution go to those who now have to pay a poll-tax before they can vote.

Requiring citizens to pay a fee before they vote means less affluent individuals, more often Black and brown, will remain disenfranchised, even though they have completed their sentences.

Being unable to afford court debts and fees should not be grounds to have your right to vote taken away indefinitely.

Prior to the Supreme Court's decision to let the law stand, U.S. District Judge Robert Hinkle called Florida’s law an illegal pay-to-vote system and said that requiring people with felonies to pay fees in order to vote was a violation of the U.S. Constitution’s ban on poll taxes.

While the case will go to the appeals court on Aug. 18th, the same day as Florida's primary, people who are unable to afford this poll-tax simply cannot wait for the courts to sort this out.

We have to dismantle the systemic racism and classism that typifies our system of criminal injustice.

That’s why we’re asking you to donate to the Florida Rights Restoration Coalition which is working to help those who have completed incarceration and probation but still have to complete this unnecessary financial portion of their sentence before they can vote. Your contribution will have an immediate impact.

Thank you for donating today. Anything you are able to contribute will make a difference right now.

Click here to donate to the Florida Rights Restoration Coalition. 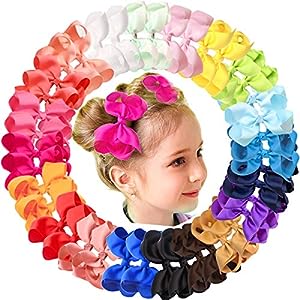