Fox News may need to step up its game, because One America News has proven itself to be far more fawning, dangerous, disingenuous, and cuckoo for Cocoa Puffs than the Abomination that Ailes Built has ever been.

Today, at Donald Trump’s press conference about the totally under control spread of coronavirus in Narnia, this egregious fuck-ton of dyspeptic-raccoon shit was unceremoniously dumped on the dais:

Trump now saying he barely reads NYT or WaPo anymore (his tweets would suggest otherwise). Teed up by the OAN reporter, the president is now engaged in a lengthy show of self-pity about news coverage. He falsely claims reporters don't call the WH for comment.— Maggie Haberman (@maggieNYT) March 19, 2020

To recap: three major broadsheets, WSJ WaPo NYT, which have been reporting on the extensive failures of his administration in dealing with the coronavirus, are “dishonest,” the president says. The OAN reporter then leads him on again, and he says, “They are siding with China.”

The faces made in the room as @ChanelRion asks Trump: Is it alarming that major media players…are consistently siding with a foreign state propaganda, Islamic radicals, and Latin gangs and cartels and they work right here…with direct access to you and your team? pic.twitter.com/4eW8RHipY5

So The New York Times and The Washington Post are “fake news,” whereas Alex Jones has an “amazing” reputation. And OAN?

On March 14 and 15, OAN ran a program titled Exposing China's Coronavirus: The Fears, The Lies and The Unknown. During the special, OAN’s chief White House correspondent, Chanel Rion, who teed up Trump’s anti-media rant in the clip above, suggested the coronavirus may have been created in a U.S. laboratory.

As support, Rion cited Greg Rubini, whom she described in the special as “a citizen investigator and monitored source amongst a certain set in the D.C. intelligence community.”

There is no evidence that Rubini is a “monitored source” for anyone but Rion. He has pushed wild “deep state” conspiracy theories on Twitter, where he has over 100,000 followers.

Rubini has said that the novel coronavirus “was GENETICALLY ENGINEERED as a Bio-Weapon at the Univ. of North Carolina BSL-3 Lab.” He has also said that it was spread from North Carolina to China, Italy, and elsewhere in the United States by the “Deep State” in a plot “to destroy the Trump economy.” In addition, Rubini suggested that Dr. Anthony Fauci, the well-respected head of the National Institute of Allergy and Infectious Diseases, personally funded the production of the virus, even calling him “Little Tony Fauci.”

This, folks, is Donald Trump’s favorite network. As he said, they treat him very nicely. And in the end, that’s all that matters, right?

Of course, if OAN wants to do a real investigation that actually helps the country, they might think about using their extraordinary access to Trump’s sigmoid colon to search for Mike Pence’s dignity. He left it up there somewhere. I’m sure of it. 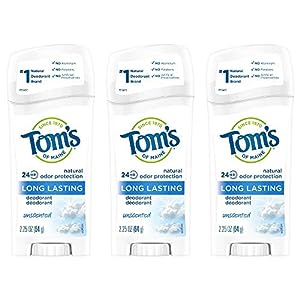