Let’s see. Where’s the vomit emoji on this thing. Kos? Anyone? Help?

Donald Trump has spiritual advisers, apparently, and for some reason they’re not remedial Sunday school teachers. Other than for weddings and funerals, I haven’t been to church in something like 30 years, but if I got into a Bible trivia contest with Donald Trump, I’m guessing the score would be something like Me: 400, Trump: 0. Maybe he’s heard the story about David sending Uriah the Hittite to the front lines so he could keep banging Uriah’s wife, but I guarantee he drew the wrong moral from it.

However, evangelical Christians continue to ascribe qualities to Trump that he simply doesn’t have, like a moral compass … or any semblance of humanity. If he could get more votes by making altar sacrifices to Baal than by giving lip service to God, Tiffany and Eric would have to go into the witness protection program somewhere deep in the jungles of Papua New Guinea.

I mean, Trump is the apotheosis of the Seven Deadly Sins and at least three of the Seven Dwarfs (Lust, Gluttony, Greed, Sloth, Wrath, Envy, Pride, Dopey, Sleepy, and Grumpy), yet somehow he’s a folk hero to the fundies.

And now his acolytes are starting to act like him.

Take, for instance, Paula White, a televangelist who moonlights as a high priestess in the Cult of Trump and advises the pr*sident on how to fake Christianity well enough to fool some of the most gullible people on the planet.

“The church is Christ’s body in which he speaks and acts and by which he fills everything,” White proclaimed, “including the White House, including government halls.”

“How does he do that?” she asked. “He does that through you. He does that through me. Wherever I go, God rules. When I walk on White House grounds, God walks on White House grounds. When I walked in The River, God walked in The River. When I go in to the dry cleaners, that dry cleaning place becomes holy. I have every right and authority to declare the White House as holy ground because I was standing there and where I stand is holy.”

So if every dipshit fundie in America can make everywhere they go holy ground, what isn’t holy? I mean, doesn’t that take the cachet out of the very idea of “holy ground”? So every Waffle House, Cracker Barrel, and casino in the South is super-duper holy, but Native American burial grounds are just ordinary worthless dirt patches waiting to become holy Shoney’s restaurants?

And, let’s be honest, right now the White House seems like the least holy place on God's green Earth. But that’s just me. What do I know? I haven't been to church in 30 years. Maybe Christianity has evolved. 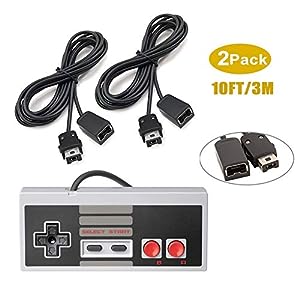