Pitch In Time and / or $ to Help Elect The Next AOC!

We as Progressive Democrats of America (PDA) are saddened—but not surprised—that party elites are trying to protect unresponsive, out-of-touch corporatists. They’re doing that by undermining and even negating voters’ rights to fully participate in the primary process.

We believe in democracy, and that means accepting the will of the voters. To ensure that your voice is heard, Click Here to get info about how to register as a Democrat if necessary to vote for our endorsed candidates like Bernie Sanders and Alex Morse.

States already voting include California, Illinois, Florida, and Minnesota. Voters in Nevada and South Carolina will get their chance in the next few weeks. Other states will begin voting, early voting, and voting by mail in the weeks to come as well.

We are proud to endorse progressive champion Alex Morse for Congress to represent Massachusetts’ First District. Alex stands with us on our most important issues: Expanded And Improved Medicare For All and Healthcare Not Warfare, the Green New Deal and Climate, as well as Racial, Social, and Economic Justice. Not only that, but he’s the perfect antidote to the conservative Democratic incumbent: Richard Neal.

Rep. Neal doesn’t support the progressive legislation we do. Even worse, he uses his leadership position to slow and halt progress on necessary reforms; policies that are overwhelmingly popular with voters in his safe Democratic district.

Neal is a corporatist who has worked to block sensible solutions since 1989, and he acts like he owns that seat in Congress! He rarely holds town halls or other events to hear from his constituents. Because he’s woefully out of touch, he is vulnerable. We hope to take advantage of his complacency.

It’s well past time for the people of MA-01 to have a progressive champion who listens to them and represents their interests. That champion is Alex Morse.

Thanks to inspiring progressive victories like Alexandria Ocasio-Cortez (AOC)’ and Ayanna Pressley’s, the myth that progressives can’t win has been completely debunked. Alex Morse is poised to be the next progressive success story if we pitch in to help him win!

If given a fair chance, progressives win nominations. If nominated, progressives win. However, if an establishment candidate needs help “clearing the field” and cannot compete fairly in a primary, then they’re a weak candidate. Worse, if voters’ concerns are overridden or ignored, then turnout suffers, and the chances for right wing Trumpublican victory increases.

For all these reasons, we support progressives in primaries, and we empower primary voters to choose the strongest candidates—without sabotage or interference from insiders. If you agree, we need your help now.

We are working to help true progressives in rapidly approaching primaries. They’ve all scored 100% on our exacting questionnaire, all have strong local support, and all need your time and/or money to overcome corporate Dems—all of whom have support from conservative oligarchs and / or are conservative oligarchs themselves.

Please pitch in as much as you can afford right now, and sign up to make easy, effective phone calls from your own home to help Alex win his primary. Just email Mike Fox with your contact information and he’ll get you on the phones.

Taking back the Democratic Party from the party bosses, corporations, insiders, and oligarchs won’t be easy or cheap. We need resources to organize behind strong candidates and sustain our “Take back The Party” operations. Sign up to make automatic monthly gifts right now. 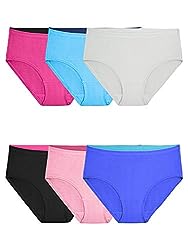