This really is not taking a position, but just recognition of what is going to happen tomorrow (maybe) and how this is going to impact market investments going forward. I am sure many of you have heard about the GameStop phenomenon, but it is not being that well explained in the mainstream media (actually the media is mostly protecting big money right now, and I hope they will be called to account). So what is happening? Near as I can tell after some research (including reading WallStreetBets, the subreddit where much of this originated.

First a short primer on shorting a stock, which I am embarrassed to say I still did not understand well even after watching the big short twice.

Speculator sees a target, a company whose stock they think is going down. They borrow the stock from stockholders (I am still not sure what those letting speculators buy stock get from this, probably a fee and under the table money). The speculators then sell the stock at the current price. They wait for the stock to go down, but the ugly truth is they often do not wait passively (cough, Bain Capital, cough) but get a seat on the board and drive the company into bankruptcy. When the stock goes down the speculator buys the stock back at the lower price and returns the loaned stock to the original stockholder, pocketing the difference. This is the process that has destroyed our economy over the last decades.

So what happened with Gamestock,

Well there is this subreddit, WallStreetBets that exchanges information on stocks. Here is where the magic happened. A lot of redditors are also gamers, some with historical/emotional ties to Gamestop. Some noticed that a hedgefund was shorting GameStop stock. First I think driven by emotion they started talking to each other about buying some of the stock maybe to keep the company from being driven into bankruptcy.  There was also synergy with the Discord platform which is where a lot of gamers go to talk with each other about various things. They began to realize that as they brought the stock they were driving the price of the stock up much further than it should have. Some pretty smart people in the discussion realized that the hedgefunds were getting scared and were trying to buy back up some of the stock early. Some people did some research and found that one company, Melvin Capital, had contracted to return the borrowed stock on Friday, January 30. Melvin Capital would have to buy back to stock on Friday no matter what the stock price and instead of pocketing the negative differential would have to absorb the positive differential (they have to return the stocks). Both seeing this as an opportunity to make a little change and a chance to make a statement about hedgefunds, tens of thousands of redditors and discorders began buying up us much stock as possible. It reached a certain point where Melvin Capital could not longer afford to buy up stock early. Something else happened that surprised me. It turns out some hedgefunds are fronts for larger hedgefunds. A couple of really large hedgefunds had to come in and back Melvin to keep it from collapsing. I don’t know, but I think there are even more powerful hedge funds in back. The hope was the “dumb money” would see the chance to make a profit and get out, leaving others to absorb the loss of the dropping stock and the hedgefunds would swoop in at the last moment and buy what was left. Some loss, but not too bad. The difficulty is that too much of the “dumb money” knew about the drop dead January 30 date when Melvin (and its backers) would absolutely have to buy. Many of the buyers are holding on until the price reaches a high on Friday. Some suggest the price would go as high as 5000, though I doubt it (it is already at 300).

Is  this is a good thing, what the redditors and discorders are doing? In may opinion, from a societal level, absolutely not. BUT it is the same rules Wallstreeters have been using to screw everybody else over for years.

And Wall Street is scared. Very scared. They are in overdrive. They have gotten stock buying apps like Robinhood and Ameritrade (thought this one is hinky) to stop allowing people to buy GameStop and other, similar shorts. This is really bad and will probably destroy Robinhood. There is a constant drumbeat from the media that the Wallstreeters are too smart and that the redditors will destroy their own lives, without explaining anything that is going on.

Can this be stopped?

Following this story, I don’t think so. There are enough people who will wait until January 30 that it will send the price to insane levels. Maybe not if they suspend trading  but the anger at the hypocrisy will be intense. They can suspend trading on these stocks for a month, bailing out the hedge funds. But I think if they do this it is pretty much the end of capitalism (although it kind of ended years ago).

So why should you get your stocks out?

The aftermath.  The hedgefunds will have to cover their losses. To do this they will have to sell off the valuable parts of the portfolio. It will be a fire sale because others will know they have to sale. It may be a domino effect, where (insanely overvaluated) companies loss their valuation and more people begin to sell. Hedgefund money can no long support Uber.

So, the Gamestop phenomenon probably won’t have much impact on your lives, but be aware of the aftermath. 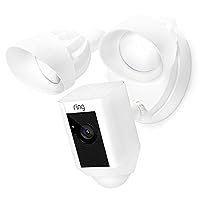