Not really a heist film, but a brief amusement worth another cinematic treatment of financial markets like Trading Places.

If not, here’s a quick recap: a bunch of traders — many amateurs — got together on the online discussion forum Reddit and decided they were going to pump up GameStop’s share price to get under the skin of some short-sellers. The event, unlike many others, has prompted a lot of soul searching on Wall Street. Hedge funds, in particular, seem to be going through the five stages of grief. One of the hedge funds that has felt the wrath of Redditors is Melvin Capital. The group, which tends to run a pretty aggressive short book, had bet that GameStop shares would fall. We don’t have the exact details of when this bet was made and how big it was but considering GameStop shares have gone from about $5 in August 2020 to almost $350 on Wednesday, it’s safe to say Melvin was bleeding a lot.

A David and Goliath saga is unfolding in financial markets over the stock price of struggling retail chain GameStop. On Wednesday, Goliath walked away from the battle.
Two Goliaths, actually.
A pair of professional investment firms that placed big bets that money-losing video game retailer GameStop’s stock will crash have essentially admitted defeat. The victor, for now at least, is a volunteer army of smaller investors who have been rallying on Reddit and elsewhere online to support GameStop’s stock and beat back the professionals.
GameStop’s stock surged as high as $380 Wednesday morning, after sitting below $18 just a few weeks ago. […]
At the same time, smaller investors gathering on social media have been exhorting each other to keep pushing the stock higher. There is no overriding reason why GameStop has attracted those smaller investors, but there is a distinct component of revenge against Wall Street in communications online.
“The hedge fund owners are crying as a result of us,” one user wrote on a Reddit discussion about GameStop stock. “We have the power in this situation, not anyone else as long as we stay strong!”
Almost immediately after, another user shouted in all capital letters, “BUY AND HOLD WE WILL BE VICTORIOUS.”
The battle has created big losses for major Wall Street players who shorted the stock. As GameStop’s stock soared and some of the critics got out of their bets, they had to buy GameStop shares to do so. That can accelerate gains even more, creating a feedback loop. As of Tuesday, the losses had already topped $5 billion in 2021, according to S3 Partners.

2/ At which point, or so I predict, the former anti-capitalists (maybe still anti-capitalists) who now have a bit of capital are going to figure out how to blow the lid on this thing. Fascinating unexpected chess. Game on.— Marianne Williamson (@marwilliamson) January 28, 2021

Where do we go from here and who is going to step up to help us? from r/wallstreetbets

We have grown to the kind of size we only dreamed of in the time it takes to get a bad nights sleep. We've got so many comments and submissions that we can't possibly even read them all, let alone act on them as moderators. We wrote software to do most of the moderation for us but that software isn't allowed to read the Reddit new feed fast enough and submit responses, and the admins haven't given us special access despite asking for it.

We're suffering from success and our Discord was the first casualty. You know as well as I do that if you gather 250k people in one spot someone is going to say something that makes you look bad. That room was golden and the people that run it are awesome. We blocked all bad words with a bot, which should be enough, but apparently if someone can say a bad word with weird unicode icelandic characters and someone can screenshot it you don't get to hang out with your friends anymore. Discord did us dirty and I am not impressed with them destroying our community instead of stepping in with the wrench we may have needed to fix things, especially after we got over 1,000 server boosts. That is pretty unethical.

To add to this, people are co-opting our name on twitter. I won't mention their accounts, but lots of handles with “wsb” and “wallstreetbets” in them are pretending to speak for us. They're saying things that we don't agree with, driving traffic to derivative communities and shitty pixelated merch stores, and generally making it harder for us to define who we are. There's also too much political bullshit in a community that was never ever political. The only way I want to occupy Wall St is in a suit myself or rent-free in the mind of a blown up short.

At the least, we need a financial transactions tax.

I wrote this in response to someone elsewhere who asked simply:

So they're betting against the company? Like, they have no faith in them? Investing like this makes one feel horrible.

Yeah. There are three ways you can short.

IF you're even slightly right, ie it drops to any price lower than $8.49 before expiry you made 1c per share. You can also change your mind and sell the option (either more (profit) or less (loss) than 50c/share).

2) You're a big player. You call your buddies at Pension Fund X42 and say “Hey can I borrow those shares you have for x% interest and return them to you later?” A set timeframe may be set. I don't know for sure, but probably. Anyhow, Pension Fund X42 says “ok” because they aren't looking to sell them, so might as well make some interest on lending them.

So you borrow them, and immediately sell them. You pay your daily interest to the pension fund, and you wait. When the price drops, and you decide that you've made enough, you buy them back and return them. You keep the difference in prices whatever that may be, minus the interest.

If you're wrong… You're still obliged to return the shares to Pension Fund X42. So at some point you have to decide to eat a loss and buy the shares back.

3) You're a big player and you are ok with a bit of lawbreaking, you Naked Short Sell. This is great because it's cheaper! No interest payments!

Here, you simply sell shares you don't have, and buy the imaginary shares you just created back later so that the number of shares on issue doesn't get too far out of whack and you don't get investigated. Any gap between your sell price and buy price is profit or loss depending on which way it goes.

What's happened right now is mostly a combination of 2 and 3. I'm sure there is a bit of 1, but 1 only causes predictable losses (Like the cost of playing a hand at a casino. You only lose the amount you bet if the cards don't go your way.)

So the risk with 2 and 3 is that because you're obliged to buy back the shares at some point, if they go up, when you have to quit, you have to pay the current market price and your actions can make the price go up even more.

Now you're in a short squeeze. You are obliged to buy but the price keeps going up every time you do. It's entirely possible that others see the price going up and buy, so you're now competing to buy a limited number of shares with everyone else. So the price goes higher. Your losses are potentially infinite.

What's slightly different between this particular short squeeze and all the others is:

2) Retail traders are acting as one single semi-coordinated hive, loosely behaving similarly to what would in prior short squeezes, be a competitor hedge fund. They own a lot of the shares the hedge funds (HFs) NEED to buy – but they're not selling. They're actively cheering for the HFs bankruptcy while watching the price of the stock they hold skyrocket. Only other HF billionaires are allowed to do that and get away with it.

2a) HFs can be negotiated with. If you're really, really getting bent over and fucked, and you grovel enough, you can usually cut a deal where they stop trying to fuck you. If they won't talk to you, they'll often talk to your bank/broker/some other bigger player that can convince them that your bankruptcy will also cause significant losses or bankruptcy of another party they're not trying to fuck and they might like to have as friends one day. “You quit this, and we'll owe you one.” It's always good to have favours to call..

2b) The self proclaimed retards on WSB can't be negotiated with. They don't need favours. They don't care if you go bankrupt or there's collateral damage. They don't give a fuck about any of them. For the most part they only hold a few hundred shares each max – and also for the most part, they're playing with their own money that they can actually afford to lose even if it hurts for a year or two.

How do you negotiate with, or swat a million wasps stinging you? You can't.

Worse; they used the very same mechanisms hedge funds have been using for years to beat retail traders and flipped that on its head. Notice all the sudden calls for regulations (on retail traders).

This could be a seismic power shift and they know it.

I find this video from @chamath on CNBC to be very enlightening and proves your point. https://t.co/QZSy8jMxoW

The @SEC needs to do a lot more than just “monitor the situation”. Markets are teetering. Regulations are needed NOW to stop this madness from spreading. Also, hedge funds need regulations to prevent the financial destruction that precipitated this madness. e.g. reduce leverage

You may have done much better than mehttps://t.co/2zq3dvqNbE

When I read Barton Biggs 's work it gave me the impression that the fund managers held monthly meetings to discuss ideas 😉… allegedly collude. pic.twitter.com/gS8U5nGUab

The SEC really should look into the GameStop market-rigging, because this is shockingly blatant from Citadel, which is likely both market-making and doing side bets. The Reddit story is true and fun, but also a convenient cover.

Apparently at 1:32pm, a 587k shares of GameStop traded at $327 a share, which is $187 million. That's not coming from Robinhood. Wall Street is on both sides of this battle.
Ugly stuff.
Here's what's likely happening. Robinhood takes market orders where Redditers say they want to buy stock at 'the market price.' RH sells orders to Citadel. Citadel sees the orders, makes side bets on options. Citadel then sets an arbitrary 'market price' to cash in on options.
There are likely insiders in the Reddit forums talking up the stock. People like @elonmusk and @chamath may know of the market-rigging and cheer it on. There's a group of insiders seeing overexposed hedge funds shorting GameStop and rigging the market to kill them.
Here's a key piece of evidence that the stock isn't being run up by Redditers.
x

Just kind of a general misunderstanding of the stock market to think that those running it could be robbed blind— John Dickson (@johndickson72) January 27, 2021 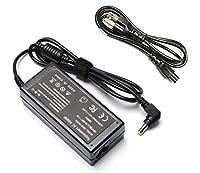