Lauren Boebert (R-CO) just had a brief stand off with Capitol police because her emotional support Glock would have set off the metal detectors. or maybe the bag search would have found the extra magazines.

Congresswoman Lauren Boebert was in stand-off on Capitol Hill after refusing bag search. She was let in. https://t.co/ZcStgVjd9g— Anthony Tilghman (@AnthonyTilghman) January 13, 2021

We may not really know what Lauren Boebert was doing by revealing Nancy Pelosi’s location to the insurrection mob. We do know that even without the example of Charles Sumner, she needs not to carry her Glock onto the floor of the House of Representatives.

She could be right, however, considering how many of the Capitol police seemed to welcome the mob into the Capitol.

Lauren Boebert is refusing to comply with the metal detector or allow a bag search. Now standing in the House doorway. Security is refusing to allow her to enter. Appears to be a standstill.

I never thought I’d see this.

Metal detectors have been set up for members before they enter the House floor.

A clear indication that Democratic leadership does not trust some right-wing House members pic.twitter.com/smslr1lWP4

Regular Americans have to go through a metal detector when they enter an airport. They don't scream and whine at police officers or have to be restrained. Children across the country have to do this to get into school and they handle it more maturely than Members of Congress.

Lauren Boebert is a clear and present threat to the lives of her fellow members of Congress. In addition to tweeting out the Speaker's location during the attack, it is worth noting that she has been arrested 4 times. Her husband was also arrested for exposing himself to minors. https://t.co/NAsGmJludA

I am legally permitted to carry my firearm in Washington, D.C. and within the Capitol complex.

Metal detectors outside of the House would not have stopped the violence we saw last week — it’s just another political stunt by Speaker Pelosi.

It’s conceivable that Lauren Boebert and Marjorie Taylor Greene are both serious GOP Presidential contenders in 2024. And that tells you about all you need to know about where we are today.

!! In a live webcast Tuesday evening, Rep. Mikie Sherrill, D-11, made a startling claim that other members of Congress led groups of people through the Capitol Building on a “reconnaissance” mission one day before the riot… https://t.co/hU7CbH2B7y

Describing the Capitol insurrection, @AOC says she “didn’t even feel safe around other members of Congress”:

“There were QAnon … and white supremacist members of Congress … who would create opportunities to allow me to be hurt.” pic.twitter.com/t2ShJKRW0Q

Mike Pence for President: The leader America never realized it needed to not have. pic.twitter.com/DciQ7C85Vd

YouTube says it has taken down newly posted video content from Trump for violating its policies against inciting violence, bans new uploads for a week (Axios)https://t.co/EXONRQObebhttps://t.co/fEbfvuVTXg 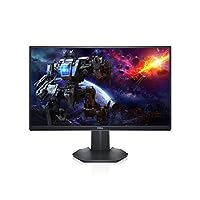