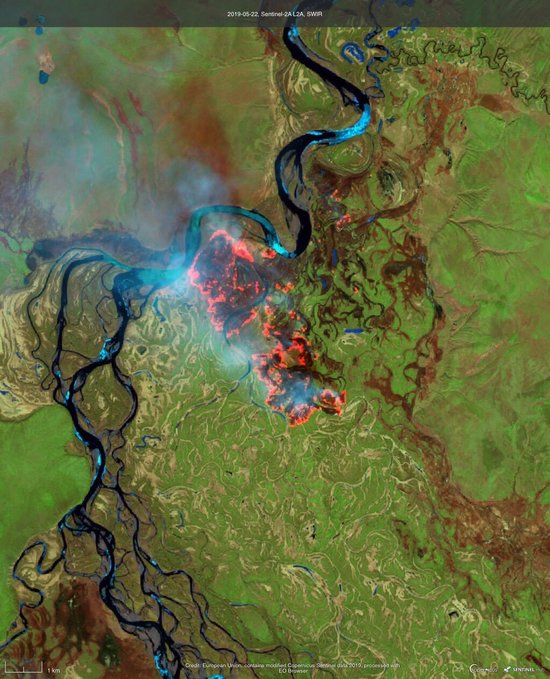 It’s time to tell the full truth. It’s time to pursue hospice, with as much honesty, integrity, and compassion as we can muster. It’s time to admit that ignoring the decades-long warnings about climate change have led directly to the expected outcome. It’s time to comfort the afflicted, which includes each of us. Guy McPherson

I just share climate science in my diaries, please don’t blame the green diarist messengers on Daily Kos. It’s what we do.

The fact that climate science is brutal explains the reluctance of many people to keep knowledge of the issue at bay. I get that. I respect that choice. It’s a defensive reaction, and people do disassociate when bad news arrives. It’s widespread actually.

In my case, I have been living with my own mortality for a very long time, and if it weren’t for modern pharmaceuticals, I would have been a goner a long time ago.

I’m still here, doing well and eternally grateful. See I followed the medical science closely and reflected on my chances if I made the right choices given the dire diagnosis. I was determined to delay the inevitable as long as I could in the hopes that the scientists would discover a miracle for me. And they did work, diets, relaxation, meditation all kept me somewhat healthy – all tools that allowed me to survive long enough to reap the benefits of their labor and compassion. The breakthroughs keep me focused and provide a lot of emotional support for the predicament I was in.

For me, the climate is similar to my health experience. See, climate science offers the brutal truth, but it also encourages real solutions and it is that visibility that we use to save ourselves.

There have been positive results with green energy and lots of low hanging fruit that we could pick rather painlessly while making a significant dent in carbon emissions, while we wait for science to provide technology to remove carbon from the atmosphere — as well as regrowing as much of the natural world that we can to mitigate damage.

Whatever we or do or don’t do to act on the crisis, the fact remains that our climate is heavily damaged and we will suffer consequences as a result. But maybe, just maybe, we can prevent an extinction event similar to the Permian.

Science is at the cusp of even more brilliant and surprising discoveries. If we hope, if we act wisely and decisively maybe climate researchers will find it’s own medical version of modern pharmaceutical therapy. What have we got to lose?

“In this remote part of the planet, fires are far more a function of climate change rather than changes in land management, due to the very low population density in the Arctic Circle,” Thomas Smith, professor of geography at the London School of Economics

‘Unprecedented’ Wildfires Are Burning Across the Arctic Circle

“These are some of the biggest fires on the planet, with a few appearing to be larger than 100,000 hectares,” Thomas Smith, professor of geography at the London School of Economics, said in an email. “The amount of CO2 emitted from Arctic Circle fires in June 2019 is larger than all of the CO2 released from Arctic Circle fires in the same month from 2010 through to 2018 put together.”

Mark Parrington, a senior scientist working on wildfire emissions at the European Center for Medium-Range Weather Forecasts, said in an email that in June 2019 Arctic wildfires released 50 megatons of carbon dioxide. In the first couple days of July, he said, the Arctic Circle has already released 4.5-5 megatons of CO2.

“The [Global Fire Assimilation System] data shows that typically fires in the Arctic Circle occur in July and August, so it has been unusual to see fires of this scale and duration in that part of the world in June,” Parrington said.

Ã¢Â€ÂœThe lid effect of [temperature] inversions, coupled with a drop in wind speed, can favor smoke and pollutant accumulation in valleysÃ¢Â€Â – generally in morning, evenings, and night. https://t.co/WAE8AqXUFA https://t.co/ztmaI9Umce

Wildfires don’t need to ravage communities to affect humans, however. The smoke doesn’t stay put—ECMWF scientists have tracked smoke from Canadian wildfires moving all the way across the Atlantic, for example. The fires in the Arctic burn through carbon-rich peat soil, releasing stored carbon and contributing to a feedback loop that makes it get hotter and hotter.

A lake upstream on Jakobshavn IsbrÃƒÂ¦ Glacier Ã°ÂŸÂ‡Â¬Ã°ÂŸÂ‡Â± during 3 years from @CopernicusEU #sentinel2 Ã°ÂŸÂ›Â°Ã¯Â¸Â. Fascinating how the annual lake footprints are advected downstream while the lakes fill every year in the same depressions pic.twitter.com/0WKe5GpThR

“If  even a small fraction of Arctic sea floor carbon is released to the atmosphere, we're fucked.” Jason Box, Geological Survey  of Denmark and Greenland

But the real upshot of this study is simply how rapidly carbon was being lost. The researchers say there's a good chance they're looking at an area going through a phase of rapid change that may not be true everywhere or at all times. Still, projecting a plausible diminishing rate of loss into the future would mean that something like 70 percent of the soil carbon would be lost by 2100. Contrast that with prevailing estimates of 5 to 15 percent by 2100 and it's clear that the new results are raising eyebrows.

This is a really interesting study for a few reasons. We don't know how representative or widespread these types of carbon loss are, but their results suggest we need to be doing a much better job of both monitoring and experimenting on these ecosystems that are undergoing permafrost loss. There is huge uncertainty in the models we use to try to estimate climate feedbacks from ecosystems, particularly in the permafrost, and this result underscores that.

The other reason this paper is so interesting is that they saw almost as large carbon losses from their control plots as from their experimentally warmed ones. This suggests that they've found an ecosystem that is undergoing rapid change that is driving the carbon losses, beyond even what they are doing with their experiment. This is a very troubling result if their ecosystem is representative of larger scale dynamics that are underway, and this type of thing is turning up more often.

With the crisis bearing down on us we have GOP governance sabotaging the war against climate change. Crimes against humanity? You betcha!

Lots of important #Arctic and #cryosphere science is based @uafairbanks and @UAFGI, and this is awful news. I'm deeply saddened that Alaska's leadership does not place more value on education and research. I hope the veto override succeeds. pic.twitter.com/cLbUkM4sKW