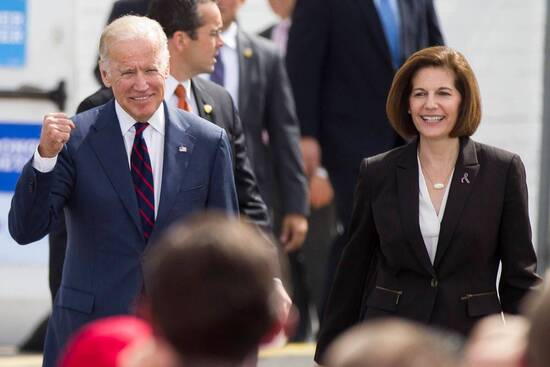 Republicans think Nevada is one of their most promising targets, a place where they can win as they try to take back the Senate in 2022.

Only two things stand between them and that plan: our grassroots team, and the current Democratic U.S. Senator for Nevada, Catherine Cortez Masto.

Please chip in $4 and let's re-elect Catherine in this critical 2022 race.

Consider this: We've got a bare 50-50 majority in the Senate. And while nothing's a slam dunk, thanks to our hard work, we have a chance to pass our progressive agenda.

But if Mitch McConnell is successful in knocking off my friend Catherine and taking back the Senate, we go back to the days of denial, distraction, and delay.

The first Latina ever elected to the U.S. Senate, Catherine Cortez Masto's progressive voice on climate policy, health care, immigration, and so much more is so critical.

Here's one other fun fact: today is her birthday! And, although I know Catherine's going to want to keep up the hard work, I think a little surprise is in order.

Will you join me today as we team up with a bunch of great progressives coast-to-coast to help re-elect Catherine Cortez Masto in Nevada? Will you take part and be an early supporter of her 2022 campaign?

The strength we show right now goes a long way to winning next year.