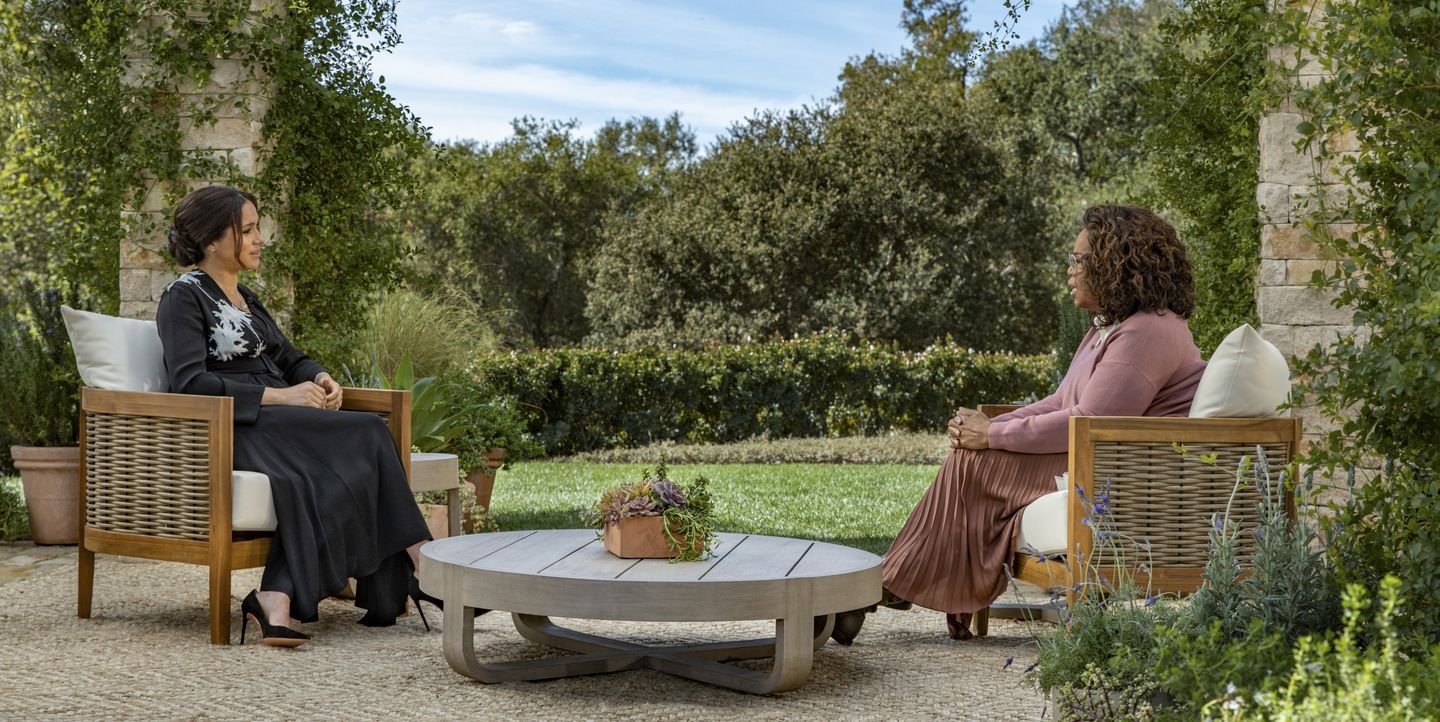 Oprah Winfrey’s query of the exiled Royals was a superfluous gesture to most black Americans. That was until she brought up the subject of the baby royal, Archie. By exposing what most black men and women around the world know, that racism exists from the commoners to literal Kings and Queens, has set off bells of denial so loud that it shames Big Ben. In the U.S., the conservative [America First] media went into high gear, describing the Duchess of Sussex as an entitled liar bent on fame by destroying the Queen. The silliness of their argument is revealed by the fact that infamy has never brought about or added to the acceptance of black women or men in America; just disrepute. If nothing else, the scorn factor alone has proven ruinous. Just ask the first black Miss America Vanessa L. Williams who was brought down by some innocuous ‘art’ photos that temporarily derailed her career plunging her into the depths of despair. In contrast, the just deposed former President’s wife earned her way to America posing nude.

‘Archie the Chimp’ following the birth of Harry and Meghan’s son and ‘Harry’s lady: Straight out of Compton’ were British tabloid headlines that dogged Meghan Markle’s tenure as a member of the British fiefdom.  The intense conflagration of conservative critique has shed light on a concept I have harbored for a while. When white people guilty of racism are forced to defend being accurately called racists, it sets off a sudden lurch that jerks the argument so abruptly to the right, it veers into oncoming traffic. The anger, the denials, and return fire are so extreme that all in the line of sight are wounded. Black people are viewed by sections of America that we should be grateful for our historical subjugation, and stepping out of the monolithic box constructed for us, brings at a minimum condemnation, and at worst, death.

Colin Kaepernick knelt in silent defiance and was blackballed from the NFL society. The majority of Black Lives Matter protests were multi-racial peaceful affairs, most chanted and in some extreme cases looting took place, and the condemnation was swift and relentless. Capitol rioters beat police officers and killed people and the reaction was to point fingers and say, ‘ we are not like those people.’

I have seen the seething anger and recoil when white people are called out for their racism. Two black athletes were prominently featured in last year’s political skirmishes. One a retired renowned football player, Herschel Walker, and the other at the pinnacle of his brilliant basketball career Lebron James. Mr. Walker assumed his place in the box by praising Donald Trump and denied his racism played a significant role in American politics. “He [Trump] understands that they are the people who make this country run. They clean, they cook, they build, they drive, they deliver,” said Walker. Walker was widely praised by the right-wing.  Mr. James has been front and center in the quest to maintain voter rights. Aside from being told in the past to shut up and dribble his civil rights stance has made him a target for the right-wing. “He’s a great basketball player, but people don’t want to see a guy that’s that way. They don’t want to see that. … He’s a hater,” said Trump.

I find it peculiar that the bastion of modern conservative thought (oxymoron) Fox News immediately jumped to the aide of an archaic monarchy being exposed to the world as racist. The right has appropriated the term cancel culture as a defensive shut-down tactic the way hurling the two-word phrase ‘race card’ has been weaponized to shut down debate. The racist wants to ignore the fact that  England is the definition of culture; canceled for reasons of oppression. The irony is that their American spawn built a country using oppression with the additive of race as its labor force. So for those who are offended or compare being called a racist to the N-word; The difference is—being called the N-word is vicious historical dishonesty based on a lie and racism is based on a disgraceful historical truth.