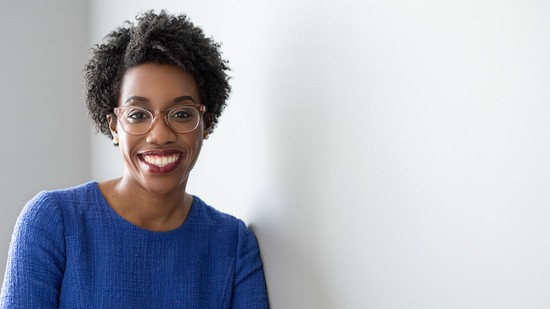 Been getting quite a few e-mails from Democracy for America in support of some great Progressive House Democrats campaigns. The first one if for Rep. Lauren Underwood (D. IL-14):

In 2018, you helped make history by supporting DFA-endorsed progressive candidate Lauren Underwood for Congress in Illinois’ 14th District. Lauren went up against a longtime Republican incumbent and won, becoming the district’s first representative of color. She was a progressive running in a “red” district, ran an authentic, bold and unapologetically progressive campaign, and flipped this seat from “Red to Blue.” In the words of Shirley Chisholm, Lauren promised she would be “unbought and unbossed” in the U.S. House, and she’s been keeping that promise ever since.

The GOP thinks they can win back this seat in 2020. A whopping SEVEN Republicans are running against her, raising millions of dollars to attack her personally and misrepresent her record. Yes, you heard me correctly — she has seven Republican challengers.

If we’re going to defend the Democratic House Majority and move our progressive agenda forward, we simply cannot afford to lose Lauren.

Will you rush a split contribution of $5 or more to Lauren and DFA today to help us safeguard her vulnerable House seat next year?

Lauren is exactly the kind of person we need in Congress: someone who knows the needs of her community and is ready to fight for them head-on. Let’s ensure we do whatever it takes to keep her in office fighting for the people of Illinois and our progressive values in Washington DC.

In 2018, Mike Levin narrowly flipped California’s 49th district from red to blue with grassroots support from DFA members like you. Now he’s under attack again. We must protect our bold, progressive House incumbents if we are going to hold and expand the Democratic majority.

Here are three things you need to know:

Pitch in a split donation between Mike’s campaign and our efforts before the deadline to help us keep California’s 49th District blue in 2020.

Mike has been a champion for combating climate change, guaranteeing universal health care, and enacting real solutions on gun violence since Day One. Plus, Mike doesn’t accept any corporate PAC money, so his campaign really does depend on people like you chipping in what you can.

Pitch in any amount now to help Mike build a winning campaign to protect this seat. Every dollar counts »

Thanks for supporting our fight to keep the House majority,

In 2018, we endorsed progressive Dana Balter as she took on a Republican incumbent in New York’s 24th congressional district. After narrowly losing, Dana is up for a rematch in 2020, and we have her back.

Will you split a contribution of $5 or more to DFA and Dana today to help us successfully flip NY-24 from red-to-blue next November?

Dana is running for Congress again because she believes everyone deserves a fair shot at life. Growing up with a younger brother who has cognitive disabilities, Dana learned that we thrive when every voice is heard and everyone helps shape our communities. That’s why she’s fighting against the Washington establishment’s policies that harm NY-24’s working families and advocating for good healthcare, a living wage, and quality education.

Last June, DFA announced we’re endorsing Dana again as part of our 2020 House Rematch Campaign, because we believe she’s the bold progressive New Yorkers need in Congress, and if we build enough grassroots support, we can finish the job this time.

If we’re going to protect and even expand the Democratic House Majority next year as the GOP does everything in their power to take it back, we need to kick out Republican incumbents and elect progressive leaders like Dana to represent the New American Majority.

We can’t do it without grassroots support from folks like you, Samuel. Please pitch in whatever you can afford to support Dana and DFA in our fight to hold the House today.

If elected, Mondaire would be the first openly gay, Black member of Congress. He understands first hand the struggles that LGBTQ+ communities, people of color and working families face every single day in our country.

As a member of the U.S. House, he’ll be a steadfast champion for big, bold, progressive ideas like Medicare for All and a Green New Deal, while breaking barriers in the process.

Mondaire is the only candidate in this race supporting Medicare for All and student debt forgiveness. He’s prepared to fight for the big, structural solutions we need, but only if he can break out of his crowded primary.

Can you rush a split contribution between Mondaire’s campaign and DFA today to help him win this competitive primary and get elected to Congress?

At Democracy for America, we’ve long believed that if we want change, we must change the kind of leaders running our country.

Mondaire’s unique perspective and background makes him the perfect candidate to do just that:

“Growing up poor, black, and gay, raised by a single mom who worked multiple jobs to provide for our family, I never imagined someone like me could make it to the halls of Congress. I'm running for Congress because, for me, policy is personal. If we are going to change Washington, we need to change the kind of people we send there.” — Mondaire

We’re honored to endorse Mondaire Jones in this race for Congress in New York’s 17th Congressional District because we know he’ll be the kind of fresh, bold, and progressive leader his community and our country needs in Washington in the years ahead.

Help Mondaire win his crowded primary and give the people of NY-17 the leadership they deserve. Chip in a split donation now »

DFA has 4,951 members in New York’s 17th Congressional District, 120,834 in the state of New York, and more than one million members nationwide. Let's show the power of our movement by delivering big for Mondaire and make sure a Medicare for All champion wins this race.

Thanks for being part of the team,