I mean, I am gobsmacked. And I didn’t think that was possible this late in the game.

President Trump has suggested multiple times to senior Homeland Security and national security officials that they explore using nuclear bombs to stop hurricanes from hitting the United States, according to sources who have heard the president's private remarks and been briefed on a National Security Council memorandum that recorded those comments.

Behind the scenes: During one hurricane briefing at the White House, Trump said, “I got it. I got it. Why don't we nuke them?” according to one source who was there. “They start forming off the coast of Africa, as they're moving across the Atlantic, we drop a bomb inside the eye of the hurricane and it disrupts it. Why can't we do that?” the source added, paraphrasing the president's remarks.

And before you ask, I checked. It’s the real Axios site.

I’ve been in office brainstorming meetings where the manager said there’s no such thing as a stupid question. Needless to say, Donald Trump wasn’t in any of those meetings. 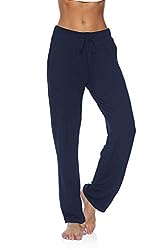