These words on White House stationary should embarrass all Americans, but Trump's "confidential" enclosure of the SDF Commander's letter will give our allies even less reason to trust America.

Is this a common practice? How much NATO correspondence has been forwarded to Putin? https://t.co/7ADqh5rEjF

.@Lawrence: “The perfect portrait of the child President. The Trump face is full of the confusion & fear of a 4-year-old boy being rebuked by an adult in the room.”#goNancy #MadamSpeaker
pic.twitter.com/7XvFwIasaZ

This photo could be a Pelosi campaign poster — the sole woman in the room, literally standing up to the President. Why he thinks this makes her look bad is a mystery. https://t.co/7iEuD4UUVO

Mike Pompeo claims that McKinley quit in order to “spend more time with his family”.

“The document is likely [to] be of intense interest to investigators.” https://t.co/FrMjsyKwG2 https://t.co/wownIrIQqO

“Sondland’s text messages show that he is a complicit Trump crony and is implicated in Trump’s crimes,”

Gordon Sondland, the U.S. ambassador to the European Union, had barely been on the job for a year when he found himself knee-deep in negotiations with the Ukrainian president over President Trump’s desired political investigations.
For weeks leading up to an explosive whistleblower’s complaint, Sondland, a wealthy hotelier from Portland, Ore., worked behind the scenes to carry out Trump’s wishes in a country that’s not part of the European Union. The ambassador met with Ukraine President Volodymyr Zelensky to give “advice” about how to “navigate” Trump’s demands, the whistleblower reported. And in text messages turned over to House investigators Thursday, Sondland insisted that Trump’s decision to withhold nearly $400 million in military aid to Ukraine was not a quid pro quo — as diplomat William B. “Bill” Taylor had feared, according to the texts.

Amid impeachment probe, Gordon Sondland is overseeing a renovation of his residence that has cost $1 million in taxpayer money https://t.co/z3L8NZOmrU

Procurement records show that in the years before Sondland’s arrival, the biggest expenses were for regular maintenance of the swimming pool, which cost between $15,000 and $20,000 per year, and for general upkeep and landscaping, save for a $122,000 purchase in 2015 for refrigeration equipment, apparently for the house’s catering kitchen.
Under Sondland, however, the State Department has spent hundreds of thousands of dollars on furniture, fabrics and what is described in documents as a “family kitchen,” at a cost of just under $223,000.
That project is distinct from another for a “professional kitchen,” costing about $209,000, the records show. Before Sondland’s arrival, the home did not have a personal kitchen, and ambassadors and their families would prepare their personal meals in the professional kitchen, according to people familiar with the residence. […]

“He had a weird obsession with creating a snack room after he visited Uber headquarters in the Bay Area,” a former U.S. official said, referring to the ride-hail service headquartered in San Francisco.

Fiona Hill reportedly described Ambassador Gordon Sondland, a hotelier and Trump donor-turned-ambassador, as metaphorically driving in an unfamiliar place with no guardrails and no GPS when it came to national security. https://t.co/OT4oOkIMEP

These guys are so cartoonishly corrupt. It’s an utter embarrassment what the GOP has become when their House leader knows shit like this and insists it’s all on the level. https://t.co/gMXL8S4CKR 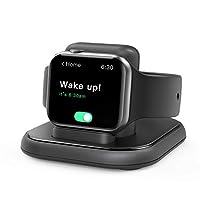