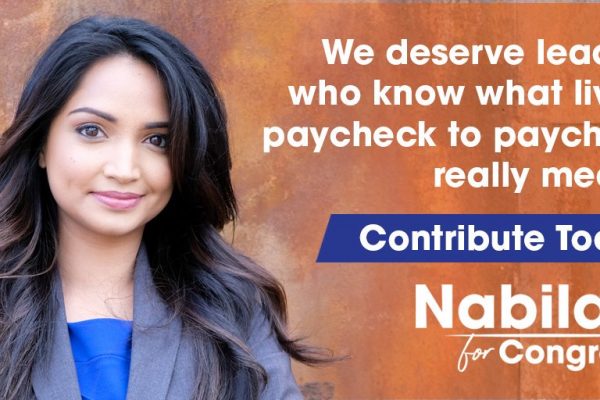 I had heard of Nabilah Islam from a friend in Georgia. She was impressed with the millennial’s policy positions. But most importantly she said she knew how to deliver them.

Nabilah Islam impresses not only with her policy positions but with her lived experience. It allows her an empathy few politicians have with the constituent.

I made arrangements to interview Nabilah Islam with her campaign manager a few weeks prior. Followingly I was made aware of the most apropos NBCNews.com article titled “Atlanta may have its own AOC” which I found very telling.

America’s millennials are in dire straits when examining many of their socio-economic metrics. Nabilah Islam’s life story is not detached from that reality. It is time for this generation to take their place politically to address problems imposed on them by previous generations that were at best shortsighted with the decisions they made on economic and fiscal policies. Millennials must now unwind them for a chance to lives many of their parents and grandparents had.

It's official! Most of the American people regard Donald Trump as a pitifully ignorant, barely coherent, megalomaniac whose mental deficiencies...

Shortly after the slap heard ‘round the world last night, I feared my phone would catch fire from the tweets,...

(51660)
$17.62 (as of May 22, 2022 04:54 GMT -04:00 - More infoProduct prices and availability are accurate as of the date/time indicated and are subject to change. Any price and availability information displayed on [relevant Amazon Site(s), as applicable] at the time of purchase will apply to the purchase of this product.)