Day after day, the Trump administration creates new crises that require a robust and immediate response. And given the daily onslaught, it can be easy to forget to pause and review—and honor, and draw inspiration from—all of the work that we have done together and everything we have accomplished.

MoveOn members and the broader Resistance movement have been on the march this summer, repeatedly taking to the streets and the ballot box to defend the most vulnerable and building around a shared vision of our country: one where everyone can thrive and where all of us can live with honor and dignity.

Here’s just some of what we’ve done together in the past few months:

We stood together and took to the streets to say #FamiliesBelongTogether.

In a ground-shaking day of national action that became one of the biggest protests of the Trump era, MoveOn members helped lead the charge on Families Belong Together, a day of coordinated protest against family separation and family detention that saw hundreds of thousands of people rally at more than 750 events across the country, in big cities and in small towns, and in more than a dozen countries around the world.

From wall-to-wall coverage on MSNBC and CNN and the front page of The New York Times to small-town newspapers and local television stations from coast to coast, the moral and values message of the day was far-reaching.

MoveOn Civic Action and more than 180 organizations came together to pull off this inspiring mobilization, and we stood united across lines of ethnicity, race, national origin, and language.

This crisis is not over, as the Trump administration has repeatedly missed court-mandated deadlines to reunite families, so in the days and weeks ahead, we’ll continue to demand accountability from this administration to ensure that every single family is reunited and this inhumane policy comes to an end. We’ll organize more in-person and other actions to create pressure to reunite families, to close family prisons, and to end indefinite detention.

We continue to defend Mueller’s investigation into Russia’s attack on our elections.

In partnership with other progressive organizations, thousands of MoveOn members helped showcase a national outcry against Trump and his associates’ chaos, corruption, and attacks on the rule of law through nearly 200 “Confront Corruption: Demand Democracy” vigils on July 18, which drew coverage from MSNBC, Fox, NBC, and many others. We also teamed up with legendary filmmaker and actor Rob Reiner on the eve of Trump’s disgraceful meeting with Putin to demand that Trump meet with special counsel Robert Mueller and tell the truth about a possible conspiracy with Russia to win the presidency, as well as obstruction of justice to cover it up.

It’s more important than ever that we continue to defend Mueller’s investigation, which has produced 36 indictments, including charges against 13 Russian agents for cyberattacks. Our Nobody Is Above the Law rapid-response network continues to be engaged and is ready to launch more than 900 events with 375,000 confirmed participants if either Mueller or Rosenstein is fired or if Donald Trump moves to stop the investigation in another way. Our SMS program has also driven thousands of calls to Senate offices, demanding action to protect the investigation.

We launched “In Formation: Black Women Building the Progressive Future,” a six-part video series featuring five visionary Black women examining the roles of race, gender, and religion in America and the progressive movement. Videos in the series—featuring luminaries such as Alicia Garza, co-creator of Black Lives Matter and Black Futures Lab, our own Karine Jean-Pierre, and Heather McGhee, distinguished senior fellow at Demos—have already been viewed more than two million times.

This work is being done through our innovative internal video team, affectionately called our “Video Lab,” which has been making powerful, engaging, and viral videos to support our mission for the past two years.

We are fighting to save the Supreme Court and stop Brett Kavanaugh’s confirmation.

Putting Brett Kavanaugh on the Supreme Court will cement into place the worst of Donald Trump’s legacy for generations to come—and could prevent full accountability for Trump’s obstruction of justice and corruption. The Court affects everything we believe in, including reproductive rights, health care, LGBTQ equality, affirmative action, voting rights, and so much more. And Congress should not confirm any lifetime appointments by Trump while his team is under criminal investigation.

We can win this incredibly important fight if we mobilize as intensely as we did in the fight to defend health care. Already, MoveOn members have made more than 13,000 phone calls to their senators. More than 400,000 people tuned in to a livestream rally in Washington condemning Kavanaugh’s nomination. On August 26, MoveOn members will be joining NARAL for a national day of action to demand that our representatives act now to protect our rights and freedoms by refusing Kavanaugh’s nomination.

Last month, MoveOn Political Action announced the first wave of federal endorsements by MoveOn members as part of our effort to end Republican control of the House this November. Each of these candidates, including Colin Allred (TX-32), Andy Kim (NJ-3), Jess King (PA-11), Mike Levin (CA-49), and Lauren Underwood (IL-14), are running strong campaigns committed to fighting for progressive values in Washington, such as health care for all, protections for Dreamers, and an economy that works for everyone, instead of a wealthy few.

And MoveOn member-endorsed Alexandria Ocasio-Cortez (NY-14) won a primary against a long-entrenched incumbent in a safe Democratic district in New York City. This stunning upset shows the potential in this political moment to move forward inspiring new candidates with a clear and compelling vision of economic, racial, and social justice. She’s now poised to be the youngest woman ever to serve in the U.S. House.

MoveOn members vote on all our endorsements—and we work to boost all the candidates who win our endorsement. Right now we’re on a path to make more than 100 federal endorsements in the 2018 midterm election cycle and 100 endorsements for state and local races, including 29 who have won Democratic primary elections.

Already, together MoveOn members have contributed over $2 million directly to candidates this cycle and have sent more than 3 million text messages in support of those candidates.

We’re gearing up to Resist & Win this summer.

This summer, we’re training a new generation of organizers through our Resist & Win mass training and mobilization program. Fellow MoveOn members around the country are taking part in a four-week digital summer camp that launched on July 8 that provides tools and resources for Volunteer Waves—grassroots voter contact events—to support MoveOn member-endorsed candidates and get-out-the-vote work this fall.

And after Election Day, when those endorsed candidates become our next elected officials, Resist & Win Leaders will work to hold those representatives accountable to the bold progressive vision we need to ensure that America is a place where everyone can thrive.

Thank you so much for all you’re doing to power and participate in MoveOn’s work. Our collective grit, discipline, strategy, heart, and nimbleness inspire us every day—and our work together is essential to help end this era of acute crisis and turn a corner toward the beautiful vision we hold in our hearts. 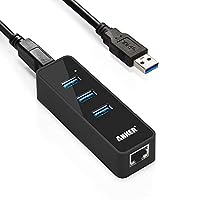