Just another news day and at least one or two more news cycles with 54 days left.

Bob Woodward had my quotes for many months. If he thought they were so bad or dangerous, why didn’t he immediately report them in an effort to save lives? Didn’t he have an obligation to do so? No, because he knew they were good and proper answers. Calm, no panic!

Trump asks why journalist who revealed that he had privately acknowledged downplaying coronavirus didn’t do more to save lives https://t.co/ipyUwck0Hr

.@MilesTaylorUSA writes that he believes “Trump poses a greater risk to the integrity of the US election than America's foreign rivals do” — and he shares one story to illustrate why. https://t.co/pDGuSO5GS9

The whistleblower statement is broad and damning and highlights illegality by Trump officials.

The press need to take note: Trump has succeeded in turning the IC into a political tool, tainting its analysis, and can’t be taken on face value. Quick thread: 1/ pic.twitter.com/4YXzr7ZzOH

So the Kremlin is attacking, or should I say continues to attack, our country. These are acts of war. Trump is allowing this to occur. #BidenHarris2020 https://t.co/RYWbJJcoaC

Why it matters: We get a torrent of tweeted and spoken words from Trump — far more public musing, riffing and ranting than from any president, ever. But it's not always clear what to believe, what matters, or what will endure. Now, we can read and hear Trump free-associating for history.

Woodward tapped Trump's vanity and insecurity to secure an astonishing 18 interviews, totaling nine hours, with the most powerful man in the world.

We know Trump likes to talk to famous people — he complained publicly after he wasn't interviewed for Woodward's brutal 2018 Trump book, “Fear.”

Trump, who rails about anonymous sources, is suddenly confronted with an extensive, unsparing, on-the-record account of his thinking about America's virus and race crises — and he's the source. https://t.co/uZECLuVxRQ

This question should be asked of every member of the @SenateGOP and @HouseGOP, @PressSec and Trump himself every damn day. #TrumpKnew #TrumpLiedPeopleDied https://t.co/jMuoURSMXs

Where is this coming from.

Obama is lucky he ran against @MittRomney, a man with very little talent or political skill, as opposed to someone who knows how to fight and win!

Why would Trump retweet fat jokes about himself. 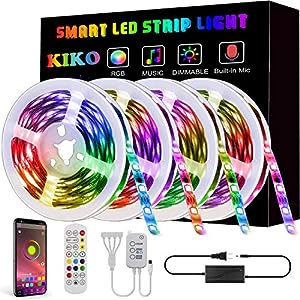