Donald Trump is king of the bungle, but he’s not, in any formal sense, a monarch.

That didn’t stop him from suggesting it this morning in a tweet, though:

The quote is from a February 1 column by New York Times White House correspondent Peter Baker. Interesting that Trump didn’t quote this part of the article: “Impeachment will always be a stain on Mr. Trump’s historical record.”

Or this: “Even as they line up to acquit him, some Senate Republicans have acknowledged that the House managers prosecuting the case proved that Mr. Trump withheld $391 million in security aid to Ukraine as part of an effort to pressure it to announce political investigations into his domestic rivals.”

Regardless, the lesson that Trump did take away from the column was clear: He’s a de facto royal now.

A few problems with your analogy:

1. YOU ARE NOT A KING
2. Murder is illegal
3. You were still IMPEACHED. That shit lasts forever.
4. It's not “triumphant” when you hid the witnesses, threatened jurors, and half of them admitted that they knew you were guilty.

Self coronating?? You are not a king! You are a President who lost the popular vote and were impeached forever. Please get some mental health help and resign. pic.twitter.com/z60ZYWnTkj

“YOU ARE NOT A KING”
Just a wanna be dictator

Banished from our kingdom
Sooner or later

YOU ARE NOT A KING!

Me seeing that Trump referred to himself as king: pic.twitter.com/u6y4FCRAdr

YOU ARE NOT A KING,

BUT YOU ARE LORD OF LIES pic.twitter.com/7w5eEw6iaj

President Trump tweeted a New York Times article featuring a Ralph Waldo Emerson quote about going after the “king,” prompting the phrase “you are not a king” to quickly trend on social media. https://t.co/nVSlcDjZMz

Sorry, dipshit. We still have a republic. Though if we don’t vote this doofus out in November, we will be royally screwed.

Because I ♥ my readers, my latest e-book Dear Pr*sident A**clown: 101 More Rude Letters to Donald Trump, is currently on sale for a redonkulous 99 cents. It’s my (extended) Valentine’s Day gift to you! It shoots up to (a still-redonkulous) $1.99 two days from now, and then back to regular price (a moderately redonkulous $2.99) on February 21. Meanwhile, you can find all my acclaimed Trump-trashing treatises at Amazon. Reviewers have called these books “hysterically funny,” “cathartic,” and “laugh-out-loud” comic relief. 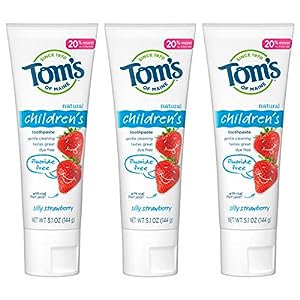