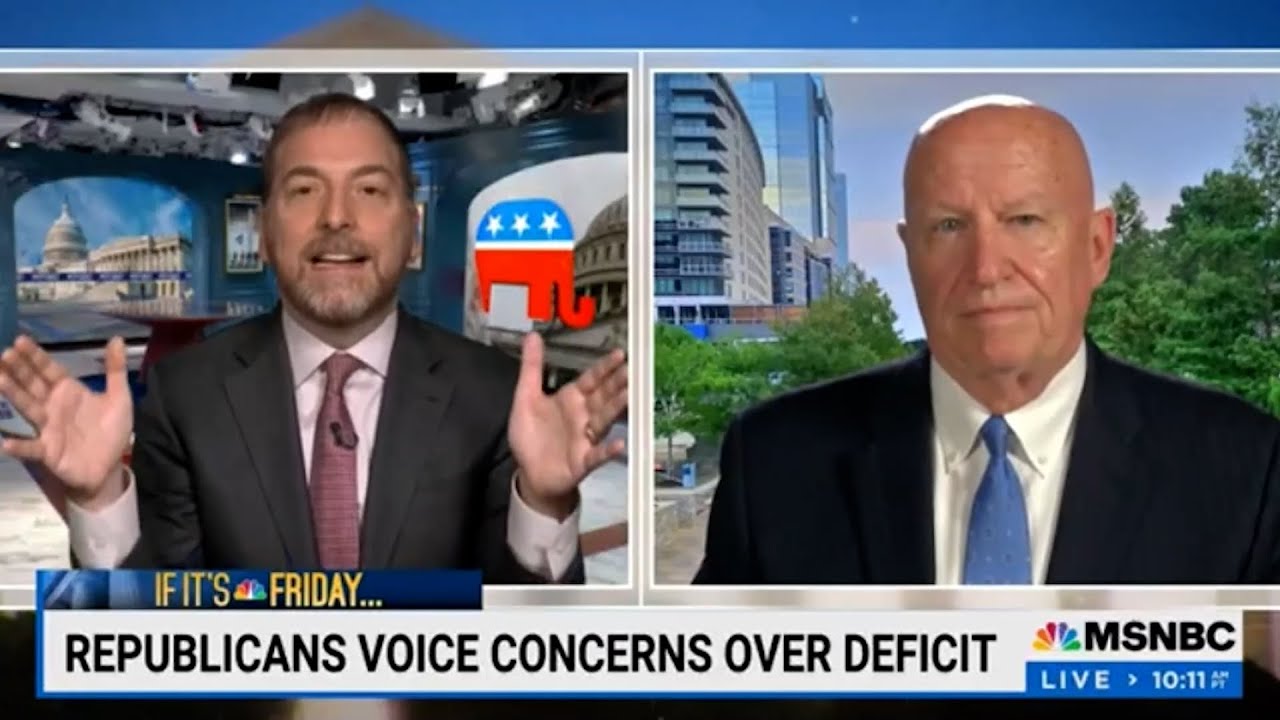 Rep. Kevin Brady (R-TX) did not expect the pushback he got from Chuck Todd so he died and then changed the subject. The damage was already done.

Chuck Todd surprised many once again as he challenged Texas Republican Congressman Kevin Brady. It is clear Kevin Brady likely believed he would face the type of host he faces on the Sunday version of the show, even though Chuck has been getting a bit more assertive recently. Well, he has always challenged Democrats. He is not offering a bit more challenges to some Republicans as well.

Todd asserted early that it seems that while a few Republicans still fancy the fiscal discipline moniker, the party may believe in something else.

“It doesn’t seem like that is a message that has taken hold inside the Party,” Chuck Todd said. “Do you think the Party has lost its interest? That the rank and file has moved in another direction?”

Brady laughably said that the rising deficits keep most Republicans awake. Did he forget that they were responsible for north of $1 Trillion just with the Trump/Republican tax cut scam? Of course, he continues to lie about growing out of the deficits with tax cuts that, as President recently pointed out in his presidential address, ‘trickle-down economic’ has failed.

After Brady continued to call out Biden’s proposals as causing deficits or taxing too much, Chuck reminded the congressman that his party has always busted the budget. When Brady said they balanced the budget in the nineties, he reminded him it was a Democrat, Clinton, in the presidency. The congressman then visibly infuriated Todd implying Todd was misleading.

“It is not misleading,” Check Todd snapped back. “Republicans have had full control of the government multiple times in the 21st century and the debt has skyrocketed both times.”

Listen to the entire video for his reaction and my take.

(32701)
$348.00 (as of May 16, 2022 00:13 GMT -04:00 - More infoProduct prices and availability are accurate as of the date/time indicated and are subject to change. Any price and availability information displayed on [relevant Amazon Site(s), as applicable] at the time of purchase will apply to the purchase of this product.)