* Spoiler Alert * I will not be watching Chuckles' big interview with Omarosa on Meet The Press tomorrow. And I won't be watching on Monday either, when Tweety interrupts her every sentence. In fact, I won’t even use her picture on this diary. As far as I'm concerned, Omarosa Manigault Newman is nothing more than a failed, shallow, opportunistic media beggar. And right now, I'm really starting to get mightily pissed off at the alleged mainstream media, especially MSNBC.

For a while there, I kind of thought that the media had finally gotten the memo on their professionally embarrassing 24/7 wall to wall coverage of all things Trump in 2016. Lately, the media has been somewhat more discerning in what oral farts from Glorious Bleater actually constitute news. I have been especially proud of MSNBC, whose prime time anchors have eschewed blindly displaying every one of His Lowness' tweets as if they had just been carried down from the mount by Moses himself. But now they're fucking it all up.

Now all of a sudden, tMSNBC, soon to be followed by CNN and most other major news outlets I fear, are hell bent for leather to give all the time in the world to Omarosa, in order for her to plug her newest output of dead fish wrappings. The only thing that OMarosa's new “book” will prove is that she can't write any better than she can act.

So, what critical, national security sensitive information does Omarosa have to share, a secret so dark that it will force Trump to activate the situation room to deal with the fallout? Are you sitting down? Good. She claims that she heard a tape, which doe doesn't actually possess, and can't actually play for reporters, in which Da Widdle Man himself uses “The N-Word” several times during the taping of The Apprentice.

That's it?!? That's her big, shock “reveal?” That the President of the United States is a racist? Are you fucking kidding me? After the many years of he and his father being dragged in and out of court on discrimination suits over their renting policies? After his full page ad in New York papers, espousing the death penalty for The Central Park Five? After the months she spent in reasonably close proximity to him during the taping of The Apprentice? After his callous and dismissive “What the hell have you got to lose” pitch to African American voters regarding their plight in modern day America? After his loving embrace of neo Nazi's and Klansmen following Charlottesville? And it takes a decade old tape of Trump letting “The N-Word” fly repeatedly for Omarosa to finally have the little light go on in the fridge that is her head, that the scummy shark that she firmly attached her Lamprey sucker to is actually a bigoted pig?

This is even more disappointing because the media just got it right! The only on screen recognition that Sean Spicer's lame ass tell all book got was from anchors sarcastically reading segments of it to show how pathetic it was. I didn't see him get one interview on any outlet (other than possibly FOX News) to push this dog, probably because it was too damn silly to be read in day care before nap time. But now, because a west wing “insider” wants to dump a load of shit on Trump's head, it's newsworthy? Omarosa was no insider, she wandered around the west wing all day because there was nothing for her to do, and she's pissed because nobody else would talk to her. But because she'll dish her previous boss, she's now “must see TV?” Bullshit.

And don't kid yourself, Trumpelthinskin is not pissed off. Right now, he thinks that Omarosa is the greatest thing since the invention of the sand wedge. A couple of hours ago on MSNBC, it was actually “Breaking News” when Trump snidely referred to her as “a lowlife” during a photo op. Omarosa is his newest bright, shiny object. He could care less about what she actually says. As long as the media is talking about that conniving attention grubber, they're not talking about Paul Manafort, or Michael Cohen, or Robert Mueller, or Rudy Ghouliani, or Chris Collins, or Charlottesville, or Heather Hier, or anything else. And that's exactly the way Trump wants it, and likes it. Let the media go running around chasing some totally irrelevant bottom feeder.

It only takes a couple of days to undo months of painstaking reputation rehab, and right now, that's exactly what the media is doing. If they are going to keep running off after every red herring Trump throws out of the boat, they are going to diminish the coverage of, and necessary discussion of, the truly relevant, important issues facing us. And you can bet the rent that Trump has a whole list of Omarosa's to keep throwing out of the boat, right there handy on his bedside, next to his cell phone, ready for the next 3 am poop tweet. The media had better wake up, and fast. 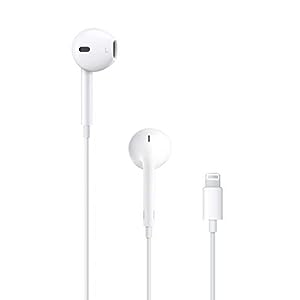