At a vigil for the victims of Friday’s horrific terror attack targeting two Christchurch mosques, New Zealand Attorney General David Parker promised a ban on the weapons used by the white supremacist shooter.

The crowd in attendance at a vigil at Auckland’s Aotea Square cheered loudly when Attorney-General David Parker said the Government would ban semi-automatic rifles.

He warned of a global rise of extremism.

“There is a dimming of enlightenment in many parts of the world,” he said.

He followed Prime Minister Jacinda Ardern, who boldly stated gun laws are going to change in her country after 49 Muslim worshippers were shot down during their sacred Friday prayer.

Not “we need to have this discussion,” or “we have to do better,” or “thoughts and prayers.” Instead, Ardern offered the one thing that she could promise: Gun laws will change.

This is what happens when your nation does not have a Russian-backed terror organization dedicated to promoting the killing of your own citizens. (Actually, New Zealand does have an NRA, but it’s an actual sportsman’s shooting club.) 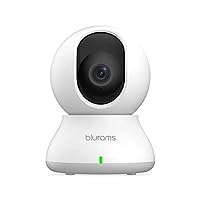