Wisconsin to Voters: Get Your Ballots In NOW

Wisconsin is a critical state for both Democrats and Republicans. Biden can win without it, but it is a bellweather, and as Wisconsin goes, much of the Upper Midwest may also go. Trump almost certainly cannot get to 270 without Wisconsin, a state he won by fewer than 23,000 votes in 2016. It’s also a state which now has a Democratic governor but still has a Republican legislature, which is so gerrymandered that the GOP currently holds 2/3 of the seats in the Assembly even though they got less than 50% of the votes in the statewide governor’s race in 2018. Just yesterday the Supreme Court voted 5-3 (Barrett hadn’t been sworn in yet) to reject Wisconsin’s request to extend the mail-in voting to include ballots arriving up to 3 days after the election.

Today Wisconsin election officials are urging voters to skip the mailbox and bring their ballots directly to election collection points.

Election officials in Wisconsin are redoubling efforts to convince voters to return their mail ballots as soon as possible after the Supreme Court ruled Monday night that ballots received after Election Day cannot be counted, no matter when they were mailed.

As of Tuesday, voters in the key battleground state had returned more than 1.45 million of the 1.79 million absentee ballots they had requested so far requested — a return rate of more than 80 percent.

But 327,000+ ballots are still out there. And people can still request an absentee ballot until 5 PM Thursday, two days from now. Election officials are telling people that, if you haven’t mailed in your ballot already, don’t do it now; it may not get to them in time. The WaPo story says that in Wisconsin, USPS currently has an 85% on-time delivery rate for first-class mail, far below the national average (though there are “some indications” they’re doing better with ballots now).

Even before the Supreme Court decision, state officials had warned that Tuesday was the “practical deadline” for voters to mail their absentee ballots and ensure they arrive by 8 p.m. on Election Day, as now required by the court ruling.
Starting Wednesday, they urge anyone who had not already mailed their ballot to instead deliver it in person to a clerk’s office, place it in an official drop box or vote in person instead. [emphasis added]

There was a similar problem in the April primary, but the courts did allow the ballot deadline to be extended. Almost 80,000 votes arrived late but still in time to be counted, mostly from Democratic areas.

However, some Democrats believe that voters are now better educated in the process, and they expect that almost everyone will get their ballots in on time.

In April, changing and confusing rules issued amid the still-new pandemic contributed to an especially high number of absentee ballots being cast at the last minute, officials said.
But in the run-up to the Nov. 3 general election, there have been historic rates of early voting, both by mail and in person.
State tallies show hundreds of thousands of Wisconsin voters requested their absentee ballots early and returned them promptly. Ballot requests have been slowing in recent days. [emphasis added]

The Democratic party is mounting an all-out education effort:

If you live in Wisconsin, if you know people in Wisconsin, tell everyone you know to deliver their ballots in person. Show the GOP we will NOT let this election be stolen from us. Remember also that this isn’t just about the presidency. All 99 seats in the Assembly are up for election, and that body will be part of the process of redistricting next year. This is a chance to kill the 2010 gerrymander. 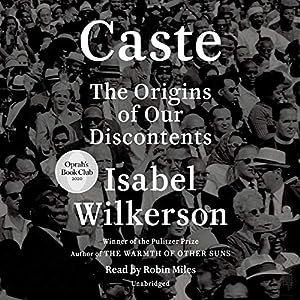