Sitting next to a couple in their 80Ã¢Â€Â™s as they talk about #Syria He adjusts his hearing aid as she says, Ã¢Â€ÂœWeÃ¢Â€Â™re abandoning the #Kurds who fought w us, now ISIS May make a comeback.Ã¢Â€Â Ã°ÂŸÂ˜Â¬Ã°ÂŸÂ˜Â¬

Turkey roll. The dealmaking poobah failed again and there may soon be a massacre of Kurds. Expect articles of impeachment by Thanksgiving.

I'm waiting for some Republican to step up and say he was just joking.

About life and death… https://t.co/S39d9aIrtG

In a scheduled phone call on Sunday afternoon between President Trump and President Erdogan, Trump said he would withdraw U.S. forces from northern Syria. The phone call was scheduled after Turkey announced it was planning to invade Syria, and hours after Erdogan reinforced his army units at the Syrian-Turkish border and issued his strongest threat to launch a military incursion, according to the National Security Council official to whom Newsweek spoke on condition of anonymity.

The U.S. withdrawal plays into the hands of the Islamic State group, Damascus and Moscow, and the announcement left Trump's own Defense Department “completely stunned,” said Pentagon officials. Turkey, like the United States, wants regime change in Syria. Russia and Iran support the Assad regime.

“President Trump was definitely out-negotiated and only endorsed the troop withdraw to make it look like we are getting something—but we are not getting something,” the National Security Council source told Newsweek. “The U.S. national security has entered a state of increased danger for decades to come because the president has no spine and that's the bottom line.”

Newsweek granted the National Security Council official anonymity because they were not authorized to discuss the matter publicly. The source said it would not be surprising to see a Turkish incursion in the next 24 to 96 hours.

This renders admin statements opposing such an operation comical. https://t.co/8ICn8wXShS

This is extremely serious. An absolutely inexcusable betrayal of our Kurdish allies who, along with Israel, are our best friends in the Middle East. They beat ISIS. Not us. We should be supporting an independent Kurdistan. Not allowing their massacre. This is truly horrifying. https://t.co/MFAzrnzNVc

Basically the US persuaded the SDF Kurds to dismantle defensive positions that deterred Turkey, promising security guarantees in exchange. Then once the SDF Kurds became defenseless, Trump gave Erdogan the green light to invade. Hard to imagine a more sinister sequence of events. https://t.co/Of9wloQKv1

Trump has hid them but Erdogan knows about them. Erdogan can now use the threat of releasing them to blackmail Trump to, oh, say, abandon America's long-standing Kurdish allies. #Kurds #Syria #Turkey #TrumpUkraine @LindseyGrahamSC

The impeachment inquiry has been set into motion, much to Donald TrumpÃ¢Â€Â™s disgust. According to @SenBlumenthal , Articles of Impeachment will likely be drawn by Thanksgiving.

The impeachment process:
What happens https://t.co/kLvysGivp5

Trump added: “But it's going to make Kevin [McCarthy] speaker.” Sources who have discussed impeachment candidly w/ Trump say he believes it could help him get re-elected & win back the House. But he doesn't want the history books recording him as an impeached POTUS 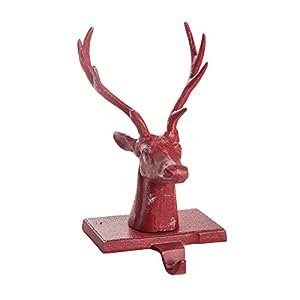