Ultimately, conservatism is about mercenary money, so at some point, delays in the perishable publication of the Bolton memoir could be no different than the “catch and kill” of any Trump paramour’s story.

Rick Wilson ignores how Bolton’s superPAC could get some bigly money from somewhere foreign/domestic that would offset whatever publication losses might occur over the coming months. After all, some folks will be acting like they can get away with anything, like spend their tax-cut windfall. Dropping Russian sanctions might be worth keeping IMPOTUS* in power after 2020.

Bolton could have it both (+) ways, claiming to be a victim of deep-state repression, getting paid under the table, keeping his $100k speaking fees, and rehabilitating his reputation with the usual conservative suspects. There’s a hope that Bolton could do the right thing with a public interview. We’ll see.

Bolton is such a smart bureaucratic infighter that he should understand Barr and the White House are only a few hours away from wrecking his book and his life.

Trump might even try to leverage Barr to pursue him on criminal charges.

His only path is to make it all public.

If John Bolton has something to say it needs to be said before Wednesday at 4pm when Republicans vote to acquit the President without conducting a trial.

Bolton book is #1 on Amazon and it's not out for 6 weeks. If he doesn't testify under oath before the Senate votes, all preorders should be cancelled. Do not let him make $ while not doing the right thing.

The House should immediately subpoena Bolton to testify on what he knows about Trump and Zelensky. Get him under oath and on the public record. Even though Trump will be Ã¢Â€ÂœacquittedÃ¢Â€Â by the Senate, the public has a right to know.

“If the administration simply doesn’t want the manuscript to see the light of day, they could just drag it out far beyond the March publication date,” said DOD speechwriter Guy Snodgrass.

President Donald Trump’s White House may be headed for another legal battle, if the email exchange John Bolton’s lawyer released is any indication.

This week, the White House released a statement that they sent Bolton saying that parts of his unpublished manuscript are classified.

“The manuscript may not be published or otherwise disclosed without the deletion of this classified information,” wrote NSC senior director for records Ellen Knight.

“We do not believe any of that information could reasonably be considered classified,” Bolton’s lawyer Chuck Cooper wrote. The word “reasonably” is likely to become the key point of their argument.

Trump could end up in another damning legal battle — this time with John Bolton over his bookhttps://t.co/6iNVdLl3xI 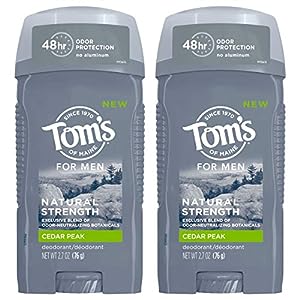