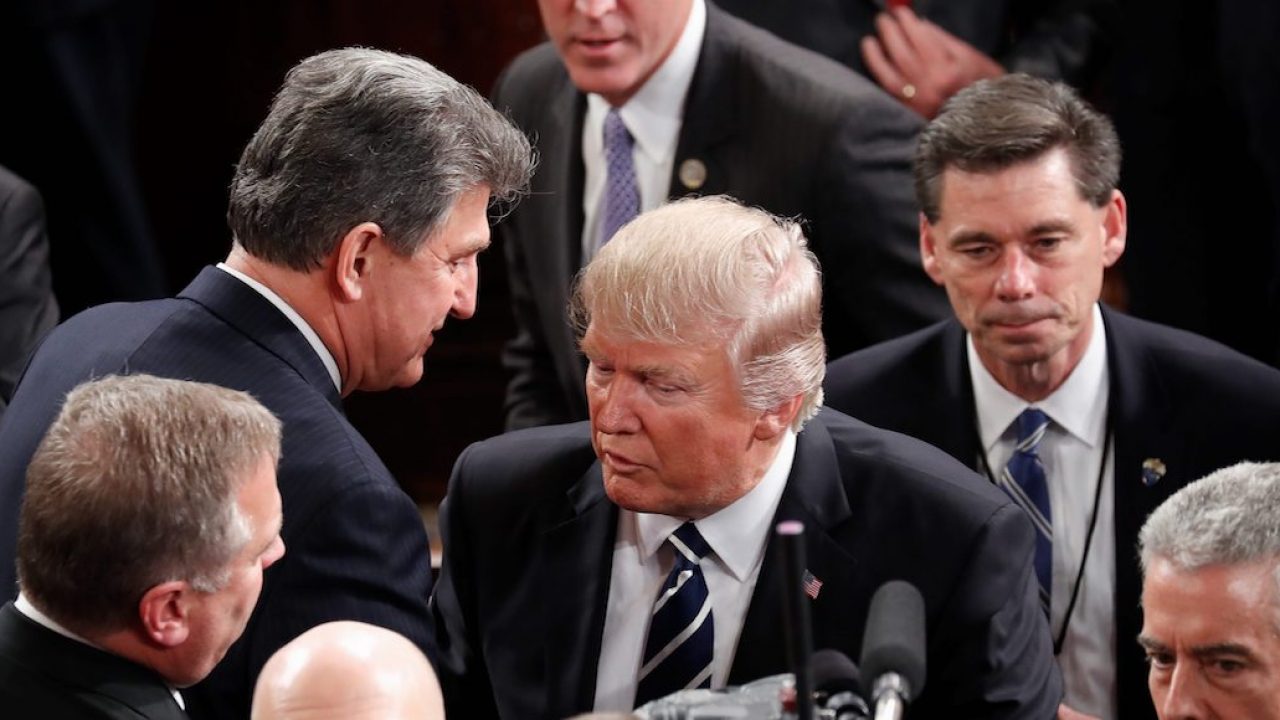 Senator Joe Manchin appeared on Fox News and said that if Bernie Sanders is the nominee of the Democratic Party, Manchin, a West Virginia Democrat, will not vote for him.

Centrist Democrats are always expressing concerns about whether Progressives would show up for their less than progressive candidates in the general election. They always bite their tongues and do it.

It is clear that Joe Manchin does not intend to return the favor and instead shows where his loyalties really lie. It is shameful and he must be called out for it.

Krystal Ball in the video in this post points out that while Joe Manchin said he would not vote for Bernie Sanders, a candidate whose policies would materially help his constituents, he was a loyal supporter of Hillary Clinton whose policies are generally not as well suited. She enumerated some verifiable facts about the abuse West Virginia takes on from both parties including the pollution of their streams, their healthcare, and much more.

A few months ago I wrote the article titled “Will Democratic Centrists support a very Progressive Candidate?”

Many continue to live in 2016 questioning whether the Progressive Wing of the Democratic Party is at fault for Hillary Clinton’s loss. Most Progressives I know dusted off their loss in the primaries and went all in for her. In a time when the country seems ripe for a Progressive candidate, the question is, can one expect Centrists and Corporate Democrats to vote for the most progressive candidate.

If one starts to observe the assault on Progressives by the media, Centrists, and Corporatist Democrats, it is not easy to ascertain. I am around so many good Centrists Democrats who believe that Progressive have horns. I think it is that they mostly feel the country is not where we are at and that we could bring the whole thing down and cause the reelection of Donald Trump.

Corporatists and Neoliberals are pushing that narrative and it is false. Most polls indicate that Americans are more Progressive than the media and most in the Center are articulating.

Recently I also wrote the piece, “No need for Democrats to fear their Progressive wing, join it.” Please check it out and let me know what you think. It is time that Joe Manchin is primaried by a Progressive candidate who has the interests of the West Virginia constituents at hand.

(43213)
$0.00 (as of May 20, 2022 09:43 GMT -04:00 - More infoProduct prices and availability are accurate as of the date/time indicated and are subject to change. Any price and availability information displayed on [relevant Amazon Site(s), as applicable] at the time of purchase will apply to the purchase of this product.)