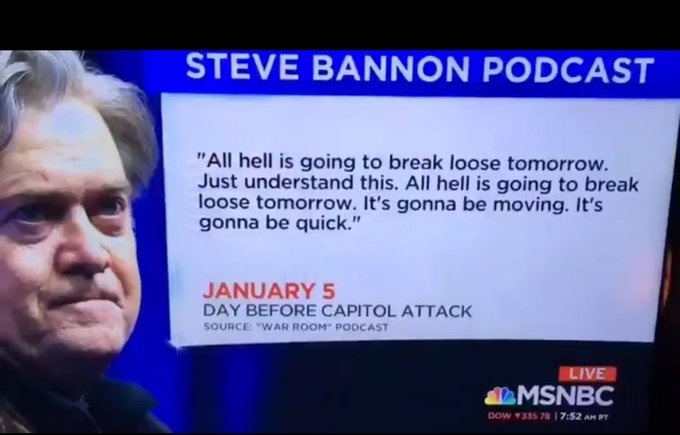 Club rules seem to apply and Democrats don’t have the Senate votes to convict, perhaps wishing to settle for impeaching Trump twice, despite the insurrectionist attack on the Capitol.

GQP senators’ cowardice continues with their fear of Trumpist voters, not wishing “to purify government, prevent future crimes and give warning to those who would attempt crimes.”

Calling witnesses could change the trial length, but even with a closer voting bloc, there seems to be a reluctance by the Democrats to punctuate the former president’s obvious role in the insurrection.

Sadly this may end much like the first trial, with Trump’s acquittal being even more pyrrhic, and Trump being able to retain the life-long perks of a former POTUS.

Even if there had never been a bloody riot inside the Capitol — wouldn't it still be an impeachable abuse of power to spread a lie about a stolen election and then urge the VP to exceed his lawful authority and overturn the result?— Elie Honig (@eliehonig) February 8, 2021

“Over 100 officers seriously injured: Brain injuries, head trauma, one officer lost 3 fingers, another officer because of assault on him is likely to be blind. Officer Sicknick died, blood was spilled, 2 other officers are no longer with us…” @RepJeffriespic.twitter.com/Rd1Ds3EF4M https://t.co/rp3VEtgkw0

House impeachment managers and Donald Trump's defense team both plan to rely heavily on video during the former president's trial this week, and will try to use the opposing party's words against them, sources familiar with their plans tell Alayna.

What we're hearing: Trump's team, which will consist of four lawyers present on the Senate floor, is expected to make the First Amendment a focal point of their defense. Meanwhile, the House Democratic managers plan to show a series of videos designed to shock the Senate chamber and play on members' emotions.

Why it matters: With even President Biden saying he does not expect Trump to be convicted, both sides will play to a jury outside the Capitol — the court of public opinion.

“The simple fact is that Trump is very likely to get away with inciting an insurrection against Congress and American democracy, thanks to the complicity of spineless and unprincipled Republicans,”

Here is another excellent, comprehensive and unequivocal compilation:https://t.co/nn0TINj5Pv

Here's @mikedebonis's pitch perfect preview of Senate trial starting tomorrow, over how Dems have decided to make it a speedy-no-witness trial and get on to the agenda.

To be clear: One year ago Dems pleaded for witnesses; now, it's time to move on.https://t.co/zorEbavGyY

You don’t move on from the U.S. Capitol falling, insurrection, an attempted coup, murder, planned assassinations or voting to throw out millions of black votes. Not today. Not tomorrow. Not ever.

“We need to send a strong signal that this isn't what we do in this country, that we follow the rule of law, and that people are held accountable for their actions, regardless of whether they're elected or not.”

🍑Read our latest explainer to know the facts
🍑Watch our feed for updates throughout the day tomorrow https://t.co/bkS2PWguXo— Democracy Docket (@DemocracyDocket) February 9, 2021

Biden does not plan to watch much of his predecessor's impeachment trial this week, White House says https://t.co/CaUKtHwOpZ

Two opinions from a 19th-century impeachment trial “are particularly pertinent today,” writes Richard White. One argued impeachment was remedial, “to purify government, prevent future crimes and give warning to those who would attempt crimes.” https://t.co/O9F1swuc0u

Just a casual reminder that in 1861, 11 Senators and 3 Representatives were expelled from Congress for failing to recognize Lincoln’s election and supporting insurrection.

Security at US Capitol on high alert for Trump impeachment trial  which is about Trump inciting an insurrection at the Capitol.

The unprecedented second impeachment trial of former President Trump will take place under extraordinary security inside the US Capitol — a physical reminder that federal officials still believe threats to lawmakers and federal buildings are possible https://t.co/HLPYtDjKFo— CNN (@CNN) February 9, 2021

“Calling Trump’s former staff to testify as to his knowledge and state of mind could produce a powerful trial record that goes directly to one of the two main legal questions about his incitement.” https://t.co/n2UCMmhmjy

“This is supposed to be a trial. By definition trials have witnesses…the Senate shouldn't repeat the mistake it made a year ago.” https://t.co/zTww5Mip6x pic.twitter.com/aktBTfKgLK

#VoteToConvict is trending #5 in America. Retweet to help push it to #1. pic.twitter.com/uMfi33PRIQ

(85844)
(as of May 17, 2022 07:11 GMT -04:00 - More infoProduct prices and availability are accurate as of the date/time indicated and are subject to change. Any price and availability information displayed on [relevant Amazon Site(s), as applicable] at the time of purchase will apply to the purchase of this product.)