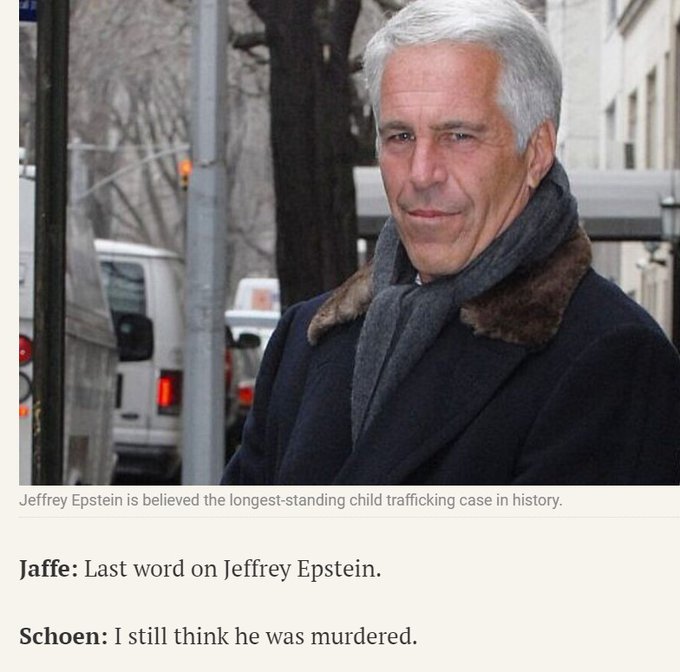 Everyone deserves a legal defense, even if in this case, all that will be advanced is a Big Lie about election fraud, and the supermajority “jury” result will be denied by 45 GOP senators.

David Schoen has now advised a notorious sexual abuser with questionable finances who escaped justice for an appalling length of time thanks in part to Alan Dershowitz, and also Jeffrey Epstein. https://t.co/tp8ASeXA57

Former president Donald Trump on Sunday announced the legal team that will handle his second impeachment trial in the Senate.

The announcement that lawyers David Schoen and Bruce Castor will lead Trump’s defense team came after a “mutual decision” to part ways with two South Carolina lawyers, Butch Bowers and Deborah Barbier, who were expected to represent him.

Castor is the former Pennsylvania district attorney who declined to prosecute Bill Cosby in 2005 over an encounter with Andrea Constand the year before. Cosby was convicted of sexually assaulting Constand in 2018 after a different prosecutor pursued the case.

One of Trump's new lawyers, Bruce Castor, is known for declining to prosecute Bill Cosby back in 2005, when he was a district attorney. The secret deal later became a scandal.https://t.co/jtVrvxtLde pic.twitter.com/nAGTfXPjPj

Trump’s new attorney was the last attorney to see Jeffrey Epstein alive, I guess. Because it’s not dumb enough. https://t.co/qxdNEVQt27

Schoen is a partisan hack – and is actually the more qualified of the two. Castor is the quintessential legal mediocrity proven way out of his league when he moved beyond county politics. Read about him here: https://t.co/B3dQhzlNNo. For Trump: the bottom of the barrel. https://t.co/2dFKkeABwA

.@FrankFigliuzzi1 on GOP ties to extremist groups: “To think that the images of U.S. members of Congress are now on those connected dots charts inside some office at FBI headquarters is unbelievable to me.”https://t.co/aXZR1NtEbJ

Q AKA Jim Watkins runs websites most infamously known for hosting child pornography. This is the Republican Party. https://t.co/1ErOmxQwIY

This reads like historic fiction and then you realize it's just historical, no fiction, it all happened.