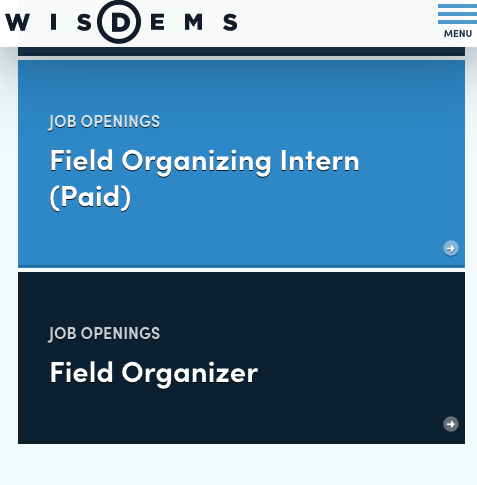 Dr. Anthony Fauci is on a roll. First, he went after this clown:

“You can get infected, and will get infected, if you put yourself at risk.” -Dr. Anthony Fauci responding to podcast host Joe Rogan’s suggestion that young people not get the COVID-19 vaccine pic.twitter.com/6E02GI31VV— TODAY (@TODAYshow) April 28, 2021

Anthony Fauci, the nation's leading infectious diseases expert, early Wednesday shot down recent comments from Joe Rogan after the popular podcast host suggested young, health Americans do not need to be vaccinated against the coronavirus.

Fauci also said there are still cases of asymptomatic people infected with the coronavirus “inadvertently and innocently” spreading the virus.

“So if you want to only worry about yourself and not society, then that's OK,” Fauci said. “But if you're saying to yourself, even if I get infected, I could do damage to somebody else even if I have no symptoms at all, and that's the reason why you've got to be careful and get vaccinated.”

He also took the time go after this clown:

Dr Anthony Fauci has challenged Wisconsin Senator Ron Johnson over comments the Republican lawmaker made about everybody receiving a Covid-19 vaccine.

In an interview with a conservative talk show host, Mr Johnson suggested that the push from health officials for everybody to get inoculated against the novel virus was unnecessary.

“Because it's not a fully approved vaccine, I think we probably should have limited the distribution to it to the really vulnerable,” Mr Johnson said. “What is the point? If the science tells us the vaccines are 95 per cent effective. So, if you have a vaccine, quite honestly, what do you care if your neighbour has one or not?”

The lawmaker, who contracted and recovered from Covid-19 in the fall, went on state that he didn't believe he needed a vaccine and didn't understand the “big push to make sure everybody gets the vaccine”.

When responding to the comments on MSNBC on Friday, Dr Fauci was quick to point out hundreds of thousands of reasons why Americans should want to receive a vaccine.

“There's a pretty good reason. We have 567,000 people who've died so far in this country from this disease. That is a really, really good reason to get people vaccinated with a vaccine that you've shown is highly efficacious and quite safe,” Dr Fauci said. “And that's the reason for the emergency use authorisation.”

Dr Fauci, who serves on the White House Covid-19 Response Team, went on to state that the country was currently living in an “emergency,” which was why vaccinations have become so prevalent.

Johnson is also an idiot anti-masker:

Despite broad scientific consensus, U.S. Sen. Ron Johnson cast doubt Monday on whether masks prevent the spread of COVID-19, saying he thought there would have been fewer infections and deaths if they worked.

The Republican from Oshkosh said he supports wearing masks but expressed skepticism about their effectiveness.

“I think as more evidence comes in it’s becoming harder and harder to support that masks actually work,” he told constituents in a conference call. “If they would have worked we probably wouldn’t have had as many infections, as many deaths as we did, but be that as it may, I was just on a plane and I wore a mask the entire time.”

“So I’m not opposed to masks but I think we should really take a look at that and we should question, too, whether or not we should make really young children wear them as well. Again, these are legitimate questions to ask. We really should follow the science.”

But research from public health officials and scientists shows masks are effective in reducing the risk of becoming sick and without them, many more infections and deaths would have occurred.

“People who wear masks in close settings have a lower risk of being infected than people who don’t,” said Patrick Remington, former epidemiologist for the Centers for Disease Control and Prevention and director of the University of Wisconsin-Madison's preventive medicine residency program.

But this is all part of Johnson’s re-election strategy:

The Wisconsin Republican is the only senator in his party facing re-election next year in a state that backed Democrat Joe Biden in the 2020 presidential race. But rather than moderate his politics to accommodate potentially shifting voter attitudes, Johnson is focusing even more intently on cultural issues that appeal to his party’s overwhelmingly white base.

He has said the trial of former Minneapolis police officer Derek Chauvin in the murder of George Floyd distracted journalists from covering immigration. He has lent credence to the white supremacist “great replacement” theory. And he said he was less concerned about the predominantly white mob that staged a deadly insurrection at the U.S. Capitol in January than he would have been if they were Black Lives Matter protesters.

Johnson has not committed to seeking a third term in 2022. But his seat probably will be among the most fiercely contested in a campaign year that will decide control of Congress and the future of Biden’s agenda. Johnson’s tactics offer a window into how Republicans may approach the midterm elections, with a focus on turning out the base and steadfastly dismissing any criticism, especially when it comes to issues of race.

“I know how just about anything any Republican or conservative will say will get taken out of context and exploited,” Johnson told the Associated Press recently, responding to a question about his comment on the Capitol riot. “And I understand exactly how the left plays the race card all the time. I understand that. But there was nothing, nothing racial in my comments at all.”

On Monday, the Census Bureau released population data that impacts which states will gain or lose Congressional seats, and I want to break down exactly what that means for our must-win swing state of Wisconsin.

Now that Congressional reapportionment has happened, next up is redistricting. Thankfully, we have a Democratic Governor who supports fair maps. Unfortunately, we cannot say the same about our state legislature, which—as a result of extreme gerrymandering—is controlled by the GOP.

Because of the balance of power in Wisconsin, and especially because we stopped Republicans from winning supermajorities in 2020, I’m optimistic that the Republican legislature won’t be able to rig the redistricting process too much in their favor.

But here’s the thing: we need to be ready regardless of how redistricting shakes out. Wisconsin remains on a knife’s edge, and we can’t afford to lose any ground.

That’s why we’re launching our New Battlegrounds Fund, so we have the resources we need to invest everywhere — even in districts and races that may be brand new or previously safe. Can you chip in right now? We set a goal of raising $15,000 by Friday at midnight as a first step.

Republicans only need to flip 5 seats in Congress to seize control of the House in 2022. There are currently 7 Democratic House members serving in districts that Trump won. One of those seats is right here in Wisconsin.

Moreover, if Republicans win supermajorities in the Wisconsin state legislature in 2022, they’ll be able to pass draconian voter suppression laws in 2023 even if we retain the Governor’s mansion.

And with those election rigging laws in place, 2024 will be even more of an uphill battle than 2020 was, when Biden beat Trump by less than a percentage point in Wisconsin.

Not only will the White House be at stake, but our incredible Senator Tammy Baldwin will also be running for re-election.

And the work to defend all three is happening right now! It’s more important than ever that we continue to talk to voters and build relationships in every corner of the state.

That’s why we’re continuing to hire field organizers and interns. Take a look at these job postings on our website:

But we can only continue this crucial, democracy-saving work with your support. Will you help us?

Yes, I’ll donate right now so that the WisDems can continue organizing year-round across Wisconsin.

Click here to donate to the Wisconsin Democratic Party.

Click below to donate and get involved with these Wisconsin Democrats campaigns:

(51660)
$17.62 (as of May 21, 2022 21:47 GMT -04:00 - More infoProduct prices and availability are accurate as of the date/time indicated and are subject to change. Any price and availability information displayed on [relevant Amazon Site(s), as applicable] at the time of purchase will apply to the purchase of this product.)